Simplicity is best for fired-up Rabada

Now, under the leadership of new head coach Mark Boucher, Rabada has a fresh spring in his step. Kagiso Rabada of South Africa during day 4 of the 1st Test match between South Africa and England at SuperSport Park on December 29, 2019 in Pretoria, South Africa. (Photo by Sydney Seshibedi/Gallo Images)

Kagiso Rabada was at his devastating best towards the back-end of the first Test against England at Centurion, and that can only be good news for the Proteas as they look to return to their place as one of the giants of the international game.

The troubles of 2019 were well-documented, both on and off the field, and Rabada was central to the disappointment that came with the national side under-performing throughout the year.

A bowler with raw pace and superb skill, Rabada has long been considered the future of Proteas cricket and his results on the international stage in all formats have suggested that the hype is justified.

He struggled last year, though, and did not have the impact he would have liked at the 2019 World Cup in England amidst suggestions that he entered the tournament over-bowled and not at 100% fitness-wise.

Now, under the leadership of new head coach Mark Boucher, Rabada has a fresh spring in his step and figures of 3/68 and 4/103 helped guide the Proteas to a commanding 107-run victory in the first Test.

According to team-mate Quinton de Kock, Rabada has been ready for this series for some time.

“I think this last camp we had before the first Test got him going again,” De Kock told media at Newlands ahead of the second Test on Friday.

“It seemed like he was very excited to get going and very motivated. He brought that onto the field.

“I don’t know what the case was before, but there is definitely a lot more fire in KG’s eyes at the moment.”

Another of Rabada’s teammates, the soon-to-be-retired Vernon Philander, offered a suggestion of what had changed in Rabada’s game.

“He was always going to get a knock at some stage or a dip in form,” Philander said.

“The only way to get through it is to actually go through it yourself and I’m glad he did that because there is no greater learning than actually learning yourself.

“For me, the most important part was for him to go through it and really feel what it feels like and to now identify what is going to work for him moving forward.”

Philander added that Rabada in 2019 had perhaps over-thought his bowling, working hard on techniques and variations.

“The longer you play, the more you realise that the simpler you keep it, the more results you will have,” he said.

“I think he’s gone through that phase where he wanted to try a few things that haven’t quite worked and now he’s gone back to the old simple self and it seems to be working again.” 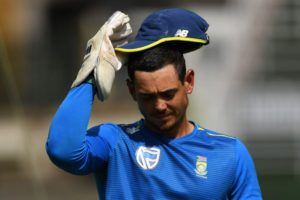 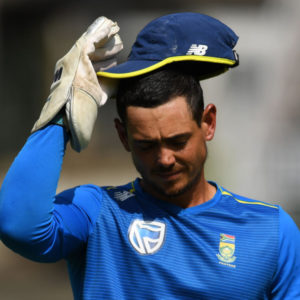