The Lions batsmen showed good judgement to get through a tricky period and ultimately romp to victory. 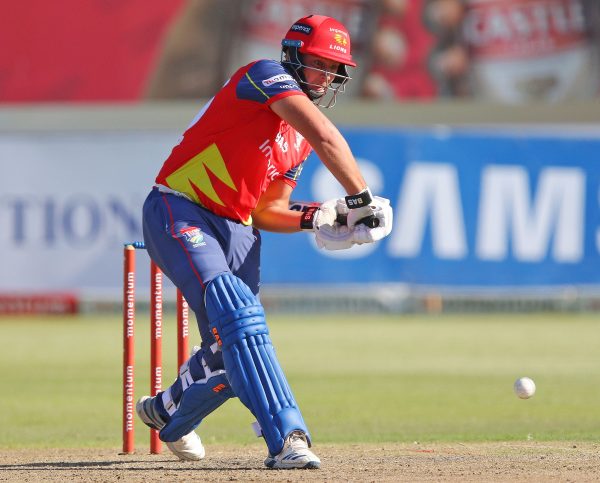 Delano Potgieter made an unbeaten 96 for the Lions in their One-Day Cup match against the Warriors. Picture: Gallo Images

The Imperial Lions sealed first place in Pool B of the Momentum One-Day Cup with their six-wicket win over the Warriors in Potchefstroom on Thursday, with Dominic Hendricks (91*) and Delano Potgieter (96*) taking them to victory with 20 balls to spare with an unbeaten stand of 156 for the fifth wicket.

Hendricks’ 91 not out came off 109 deliveries and was a beautifully controlled innings as the in-form left-hander stroked eight fours and anchored the Lions’ chase as they went for their target of 248.

Potgieter, a powerful left-hander who likes to give the ball a good whack, batted with impressive composure as his 96 not out came off 105 deliveries and eventually included four sixes.

With a mixture of probing spin bowling and seam, the Warriors had reduced the Lions to 97 for four in the 18th over, and with Potgieter being the last of the specialist batsman, the batting side was certainly under pressure. But the pair showed good judgement to get through the tricky period and ultimately romp to victory.

The Lions made a tight start in the field after losing the toss, through spinner Bjorn Fortuin opening the bowling with seamer Eldred Hawken, who dismissed Matthew Breetzke early on for five runs. But Jon-Jon Smuts and Wihan Lubbe managed to escape the ever-tightening noose and added 134 for the second wicket in 29 overs.

Canny left-arm spinner Aaron Phangiso removed both, trapping Lubbe lbw for 60, but he could dismiss Smuts only after the Protea had reached a commanding century. Smuts was out for 102 off 119 balls in the 41st over, with the Warriors well set on 183 for three.

The Lions bowlers, however, landed all the blows from then on, claiming the last six wickets for just 64 runs as the Warriors closed on 247 for nine.

Left-arm spinners Fortuin, with three for 52, and Phangiso, with two for 37, led the Lions attack.

The Lions, with their game-plans in good nick, now take on the Cape Cobras in their last game on Friday.