IPL robs Proteas of players for series’ against Pakistan 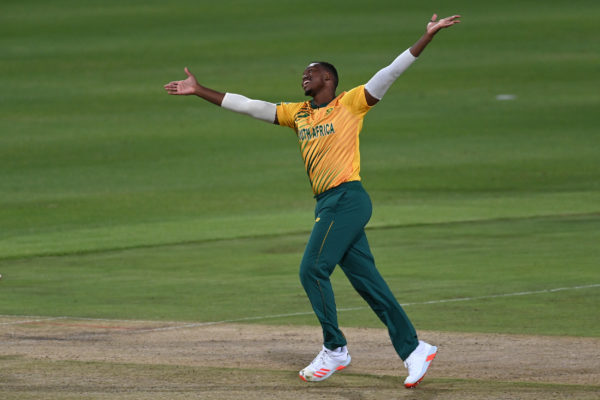 South African bowler Lungi Ngidi is one of the players who'll miss a big part of the Pakistan tour because of IPL commitments in India. Picture: Shaun Botterill/Getty Images

New South African white-ball cricket captain Temba Bavuma confirmed on Monday that his team would only be able to use their Indian Premier League players for the first two one-day internationals against Pakistan.

The tour comprises of three one-day internationals and four Twenty20 internationals, which will be shared between the Wanderers Stadium in Johannesburg and SuperSport Park in Centurion in order to adhere to Covid-19 protocols.

The series starts with a one-day international in Centurion on Friday.

Bavuma said he respected the relationship between the South African and Indian boards that enabled star players to fulfil their IPL contracts.

“But that is not to say we are conceding the third game. We believe we have the replacements with guys coming in to fill those boots.”

Bavuma said that the tour provided an opportunity for players to stake a claim for two World T20 tournaments in the next two years as well as the 2023 Cricket World Cup.

“We’ve got 22 players, which is a big squad,” he said. “The message to the players is that 90 percent of the World Cup squads will come from this group. It is important that the guys understand there is an opportunity and also that they know where they stand.”

Meanwhile, Pakistan head coach Misbah-ul-Haq said he believed the venues for the two white-ball series would suit his team, as they stepped up preparations after arriving in the country.

“If I look back, when we used to come here and play, these two wickets, Centurion and Wanderers, we always enjoyed these pitches,” said Misbah, who captained Pakistan on a 2012/13 tour of South Africa.

“The bounce and pace is very true and as a batsman you enjoy that,” he said. “You get full value for your shots. Some of the players in this team have already played here and performed very well.

“Those previous performances and experiences definitely help you. Pakistan always have the luxury of good fast bowlers and I think that is the reason why we do well here.”

South Africa played a Test series and a T20 series in Pakistan recently and Misbah said the reciprocal series was important in times made difficult because of the Covid-19 pandemic when the calendar had been impacted by the crisis.

“It is our duty as different nations to keep going, keep helping each other and keep this game alive.”