No clarity yet, but Nkwe’s resignation would be a major blow

The Cricket SA board did not initially accept his resignation and instead initiated emergency talks with the 38-year-old coach. 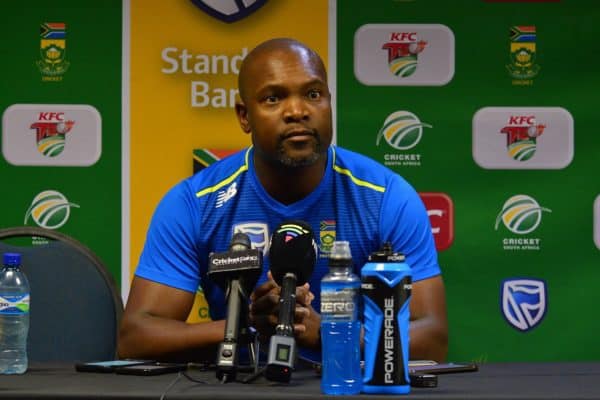 Depending on who you believe, Proteas assistant coach Enoch Nkwe’s disillusionment and desire to resign from his post were either products of being sidelined from important management decisions and ill-discipline within the squad, or his reluctance to keep travelling with the team and instead become more involved in the strategic side of the national squad.

Cricket South Africa confirmed on Monday afternoon that Nkwe had “signalled an intention to resign” and the board was consulting with the assistant coach on his future.

A journalist known for an alleged campaign against current head coach Mark Boucher broke the news of Nkwe’s resignation and quoted “insiders” and “sources” as saying the reasons were that his work environment had become a “contaminated space” and he felt sidelined from the decision-making of the team.

The report also claimed Nkwe was unhappy with the discipline of certain senior players and some members of management.

Other sources, however, said Nkwe was hesitant to travel and wanted to become more involved in the long-term strategic and technical future of the national team.

Whether it was due to divisions within Proteas management or Nkwe wanting a different role, the situation was a major blow to CSA’s hopes of grooming Nkwe to take over as head coach after Boucher.

Which is why the CSA board did not initially accept his resignation and instead initiated emergency talks with the 38-year-old coach in order to keep him in the federation’s structures.

The Proteas were already set to tour Sri Lanka without their regular bowling coach, Charl Langeveldt, who was still in quarantine after testing positive for Covid.

With the squad due to leave on Wednesday for their final dress rehearsal before the T20 World Cup, it was not the sort of disruption or potentially divisive situation that the team needed.