The West Indies have an explosive batting line-up that will be out for redemption after eating humble pie at the weekend. 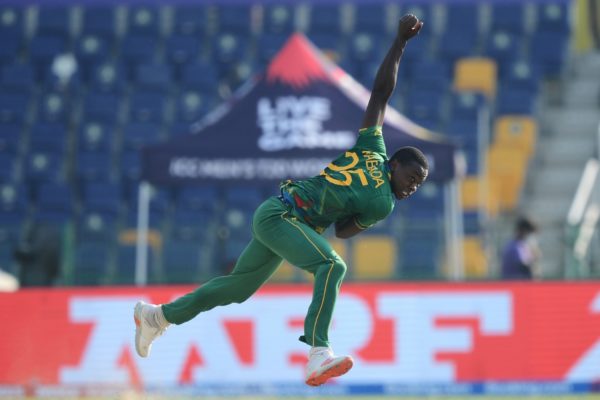 Given that the Proteas expect there to be assistance for all their bowlers and that the West Indies batsmen fared even worse than South Africa’s in their T20 World Cup opening matches, one will understand if Kagiso Rabada feels the world is their oyster as they go into their crucial encounter in Dubai on Tuesday.

While South Africa posted a rather miserable 118-9 against Australia in Abu Dhabi, a total their admirable bowlers almost managed to defend, the West Indies batting was downright atrocious as they were bundled out for a measly 55 by England in Dubai.

Rabada cautioned, however, that the West Indies still had an explosive batting line-up that would be out for redemption after eating humble pie at the weekend.

“We know the ball will move around a bit. Batting is not that free-flowing because the pitches are not flat, they offer something for the bowlers,” Rabada said on Monday.

“We expect the Dubai pitch to offer something for both pace and spin bowlers. There will be assistance, a bit of bounce, sometimes the ball stops and it can be a bit two-paced.

“So batsmen will have to really apply themselves, but the West Indies will be looking to come back really strong and we can never underestimate them. The England game is behind them and this is a completely new match.”

Having performed as well as they did in the field against Australia, Rabada said the Proteas were still very positive and they were confident their batsmen would be able to come to the party on Tuesday.

“We bowled extremely well but it was obviously not an ideal start with the bat. But you rarely get a perfect game in both departments and Australia’s bowling outshone their batting too,” Rabada said.

“We will have to rock up with the appropriate intensity again and we’ll need to be close to our best. There will be a lot for the bowlers to work with, but we have to apply ourselves too.

“The bowlers can’t just rock up and put the ball in a place. We have to make sure we come with the same intensity when you’re defending a low score. We have the strategy and now it’s about execution.

“We also see the batting as a concern, but it’s been addressed and they know what they have to do. But it’s just one game where we didn’t get over the line, why should we be negative? We are still very positive as a team.”

Runs, records and memories: AB de Villiers, one of the best
3 days ago
3 days ago

T20 World Cup: Ten moments that had us talking
1 week ago
1 week ago

Runs, records and memories: AB de Villiers, one of the best
3 days ago
3 days ago

T20 World Cup: Ten moments that had us talking
1 week ago
1 week ago