Second-string Proteas under pressure against Netherlands

Several players who will probably find no room in the Proteas inn around Christmas time will now get their chance in the Green and Gold. 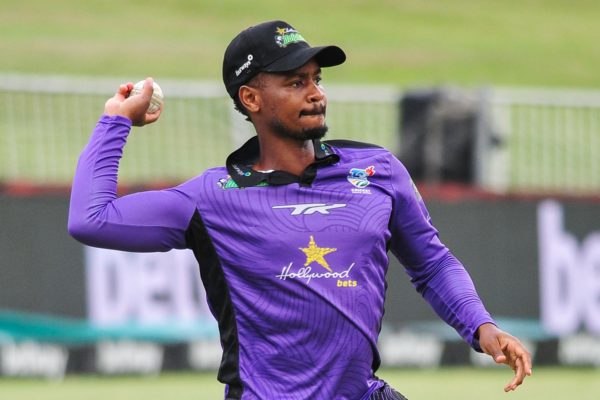 Khaya Zondo has been recalled to the Proteas squad after a three-year absence. Picture: Gallo Images

South Africa’s poor placing of ninth in the Super League for ICC World Cup qualifying means it is imperative they cash in on the visit of the Netherlands later this month by winning all three ODIs, but the selectors have nonetheless announced a Proteas squad missing numerous frontline players.

Keshav Maharaj will lead a South African team in which Reeza Hendricks, Janneman Malan, David Miller, Tabraiz Shamsi and Lungi Ngidi are the only regulars, along with the two all-rounders Dwaine Pretorius and Andile Phehlukwayo.

But as selection convenor Victor Mpitsang explained, it is a necessity due to player welfare concerns.

The stars who have been rested have basically spent most of the last five months going from bio-bubbles in the West Indies, to Ireland, to Sri Lanka and then the UAE. And they will re-enter another bubble in a month’s time for the Test series against India.

“It’s so difficult because we need to make sure we play well and beat the Netherlands, but the challenge is that a majority of the guys have been in bubbles for the last few months,” Mpitsang said on Wednesday.

“They need a mental break, so we have given them some rest with a long, important summer ahead.

“The selectors and the coach had discussions and Mark Boucher wanted a certain group of players to have a mental break. He recommended certain players and we spoke to them as well.

“A guy like Keshav was confident that he could handle another week. He was looking forward to playing and it’s another opportunity for him on the captaincy side.”

So it means several players who will probably find no room in the Proteas inn around Christmas time will now get their chance in the Green and Gold.

And for Khaya Zondo and Wayne Parnell it means a return to the national team for the first time in several years.

Zondo, in prime form at the moment having scored an unbeaten double century a fortnight ago, is back after a three-year absence.

Mpitsang said his return came as selectors tried to fill slots in the middle-order.

“Our batting line-up is a bit top-heavy, but Khaya has a specific role and experience in the middle-order and is in helluva good form. He played some crucial T20 innings for the Dolphins and paced things nicely,” Mpitsang said.

“And I think Wayne (Parnell) has really grown and developed since he last played for the Proteas four years ago. He has done exceptionally well coming in at No 7 for Western Province.

“He is so mature because of the amount of cricket he has played… and he’s a left-arm fast bowler. All-rounders like him make such a difference because it gives us the opportunity to play a second spinner while still having three frontline quicks.”