Arthur says he is sad to leave Sri Lanka, but he feels the team is in a better place than when he took over two years ago. 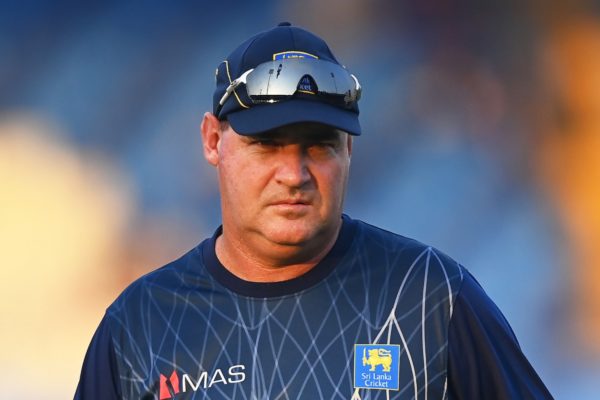 Mickey Arthur looks on ahead of a match at the recent T20 World Cup. Picture: Getty Images

With the South African’s departure, Sri Lanka Cricket is considering a complete overhaul of the coaching team, an official told AFP.

“Arthur will join Derbyshire after the West Indies tour of Sri Lanka,” the official said, referring to the two-match Test series starting Sunday.

“There will be other changes too, but it is too premature to discuss it yet.”

In July, Arthur ordered Sri Lankan players off social media after disgruntled fans launched a campaign to boycott them following a string of defeats overseas.

The coach said Sri Lankan players were getting “absolutely hammered” on social media and it was affecting their judgement and mood as they prepared for the T20 World Cup.

At the tournament, Sri Lanka got through the qualifiers, but lost three of their four “Super 12” stage games to see their semi-final hopes dashed.

Arthur — who previously coached South Africa, Australia and Pakistan — said he was sad to leave Sri Lanka, but added that the team was in a better place than when he took over two years ago.

“Sad that it is the end of the road with SL after the WI test series!” he said on Twitter.

“I have loved every minute of coaching this great country! To the players and people of SL a big thank you! I know SL cricket is in a better place now than when I started!”

Derbyshire County Cricket Club meanwhile announced that Arthur was taking over as head of cricket.

“This is the start of an exciting project at Derbyshire, with many young players, and I’m really excited to be a part of that and to bring my vision to the Club,” Derbyshire quoted Arthur as saying.

“It’s a new challenge and one which I’m eager to get stuck into and lead this Club to success.”