It is likely that the Proteas will rely heavily on spinners Tabraiz Shamsi and Keshav Maharaj. 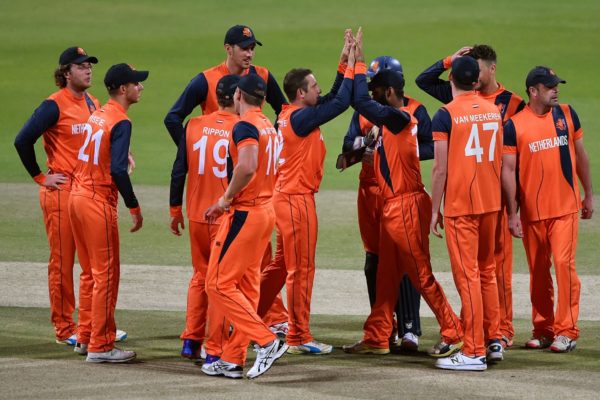 The Netherlands cricket team are struggling to find flights back home after their tour of SA was postponed. Picture: Gallo Images

The Netherlands, with former Proteas player Roelof van der Merwe leading the way in typical Bulldog fashion on his former home ground – and motivated by the anger caused by the scrapping of the Super League for World Cup qualification – will come out roaring in the first ODI against South Africa in Centurion on Friday, but Tabraiz Shamsi promises that the home side will also be sufficiently fired up to be at their best.

South Africa’s motivation will come from a combination of new faces being given precious opportunity at ODI level, and their own rather poor standing in the Super League at present: They are currently in ninth place.

The 2023 World Cup will be a 10-team event, with the top teams from the Super League qualifying.

But earlier this week the ICC decided that the 2027 World Cup, of which South Africa will be co-hosts, will be a 14-team event with a separate, one-off qualifying tournament for non full members.

“The Netherlands have a few South African players and I’m sure they’ll have a point to prove,” Shamsi said.

“And with the Super League being scrapped, the Netherlands could feel this is their last opportunity to make a statement.

“But we definitely won’t be taking it easy either. We have been preparing as hard as we can because we need points for World Cup qualification. The Netherlands also have some quality players. Some of them play county cricket.”

South Africa’s attack will be a pale imitation of their usual firepower, with Kagiso Rabada and Anrich Nortje being rested, Lungi Ngidi testing positive for Covid and Lizaad Williams out injured.

Though there are experienced seamers still available in Andile Phehlukwayo, Dwaine Pretorius and the recalled Wayne Parnell, it is likely that the Proteas will rely heavily on spinners Shamsi and Keshav Maharaj.

The duo have enjoyed a purple patch in ODI cricket of late, taking 26 wickets between them in eight matches at an economy rate of just 4.68 runs per over.

SuperSport Park has a reputation for spinners being mown all over the ground, but the actual figures are not so clear-cut, and Shamsi brushed off the theory that spinners couldn’t shine on the Highveld.

“It’s weird that the chat is that the Wanderers and SuperSport Park are not spin-friendly, but I made my international career playing at Centurion and I don’t see any stigma for spinners there,” Shamsi said.

“Yes the ball flies, there are smaller boundaries and not as much assistance from the pitch, but we have developed different game plans that take the pitch out of the equation if it doesn’t turn.”