In the squad off 21, there are a number of combinations the selectors can opt to go with for the three-Test series. 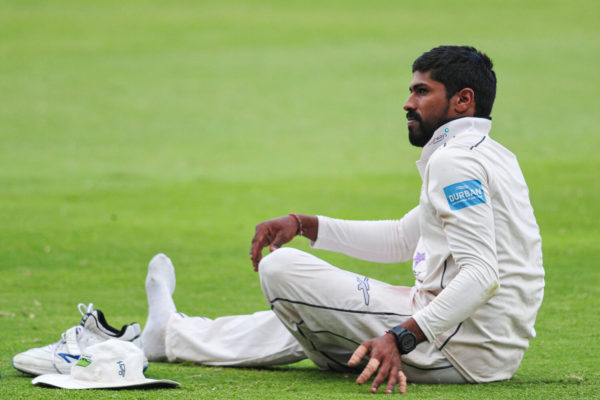 Spinner Prenelan Subrayen is one of the new faces in the Proteas team. Picture: Darren Stewart/Gallo Images

The welcome return of Duanne Olivier and first call-ups for Prenelan Subrayen, Sisanda Magala and Ryan Rickelton were the most exciting aspects of the Proteas squad announced on Tuesday for the Test series against India.

Olivier last played for South Africa in February 2019 in the shock Test series loss to Sri Lanka. He then became a Kolpak player, but with that drain on resources thankfully coming to an end, he has returned home and is the leading wicket-taker in four-day cricket this season, with 28 scalps at 11.14 for the log-leading Central Gauteng Lions.

The 29-year-old Olivier has taken 48 wickets in 10 Tests at an average of just 19.25. His inclusion means the Proteas could field a most inhospitable trio of mean and nasty fast bowlers, alongside Anrich Nortje and Kagiso Rabada.

ALSO READ: Olivier back in Proteas Test squad for series against India

Subrayen is the leading off-spinner in the country and bowled the Dolphins to the four-day title last season with his match figures of 10/80 against the Titans. But India, who are yet to announce their Test squad, do not have many left-handers in the reckoning, so the 28-year-old’s selection can be considered something of a surprise.

Magala has played white-ball cricket for the Proteas, but has also been in fine form in the four-day series for the Lions with 15 wickets at 14.33.

Another Lions star, Rickelton, has been named in a few national squads but has yet to earn a cap. Given that he is in fine form, having scored two centuries in three innings this season, his debut will surely come soon.

The regular crew are all there in an expanded 21-man squad due to Covid bubbles, with the most notable omission being Lutho Sipamla, who has taken 12 wickets this season for the Lions at 13.50.

While most of the starting XI will choose itself, coach Mark Boucher and the selectors will be gearing up for a tricky decision in terms of one batting spot.

While Elgar, Markram, Bavuma, Van der Dussen and De Kock are all sure of their spots, the other specialist batting spot is a toss-up between Keegan Petersen, Kyle Verreynne and Rickelton.

Petersen is the incumbent and, although he only scored 44 runs in three innings in the West Indies, they were tough batting conditions and he is averaging 50.20 for the KZN Dolphins this season.

While the fiery aggression of Olivier is a tantalising prospect, especially for SuperSport Park and the Wanderers, the selectors may want their third frontline seamer to offer something a bit different – either the control and seam movement of a Glenton Stuurman or the left-arm pace and bounce of the exciting Marco Jansen. Both have been in good form for the SA A team against India A.