Notoane looks ahead to Mexico after second loss at Tokyo Olympics

'We should take the last game as our prize and an opportunity to go home with our heads held high,' said the South Africa Under-23 head coach. 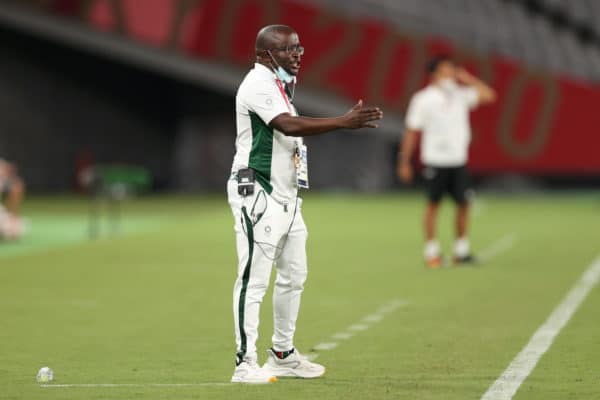 Following their disappointing 4-3 loss to France in their second Group A game at the Tokyo Olympics last Sunday, South African Under-23 coach David Notoane says they will go to their last group game against Mexico with the main aim of restoring some pride.

This was the second loss for the South Africans, having lost 1-0 to Japan in the opening game.

SA find themselves last in Group A with no points, while Japan are on top with six points, followed by Mexico and France who are tied on three points

“We have to go to the last game and play for our pride and try our best to get to the next round. We will go and display the kind of football that South Africa is capable of. It is a chance for the players to market themselves and we should take the last game as our prize and an opportunity to go home with our heads held high,” said the Under-23 coach.

South Africa do still have a chance to go through to the quarterfinals, however, if they can beat Mexico well, and if France lose to Japan in the other Group A game.

“It was a difficult, exciting, emotional (game against France) game because we went for it and they also came for it and, in the end, it was a game of margin of errors. We made more mistakes in our defensive areas than France.”

Even though they lost, Notoane is proud of the way his charges applied themselves in the France clash.

“The challenge before us ahead of the Japan game was that we had three days to prepare and we had almost seven days without training, so we decided to go with an approach against Japan that would allow us to have the kind of performance in terms of energy today,” he added.

“The changes for the France game were very effective even though we did not have the depth from the bench. We took a chance on two players and they surprised us, even after going without training, apart from the physical work they have been doing in their rooms during the isolation period.”

South Africa will play the Mexicans at Sapporo Dome on Wednesday.