"I'm disappointed in myself but happy that I could make the final." 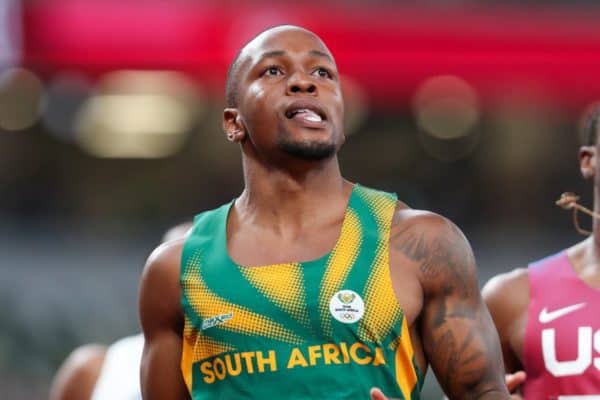 The bridesmaid’s tag tightened around Akani Simbine’s neck after he missed another major podium, with Africa’s fastest man admitting he was “disappointed” following his fourth-place finish in the men’s 100m final at the Tokyo Olympics on Sunday.

With the field reduced to seven men, after Zharnel Hughes of Great Britain was disqualified for a false start, Marcell Jacobs of Italy won gold in 9.80.

Simbine, who had clocked 9.90 to sneak through the semifinals a few hours earlier, continued his unenviable habit of being edged off the podium.

“The better man won on the day and I’m really happy for Jacobs,” Simbine said after another fourth-place finish.

“I’m disappointed in myself but happy that I could make the final.”

Earlier in the evening session on the track, former world junior champion Soks Zazini was sixth in his 400m hurdles semifinal in 48.99 and he was eliminated ahead of the final.

The SA team had three medals (one gold and two silver) after nine days of competition at the Tokyo Games.

The track and field squad retained some hope for medals, however, with the likes of world record holder Wayde van Niekerk turning out in the men’s 400m semifinals on Monday and Simbine anchoring the SA men’s 4x100m relay team in the heats on Thursday.