Bonuses for Olympic medals, says Sascoc, but no details yet

It is unclear which of Sascoc's partners will come to the rescue. 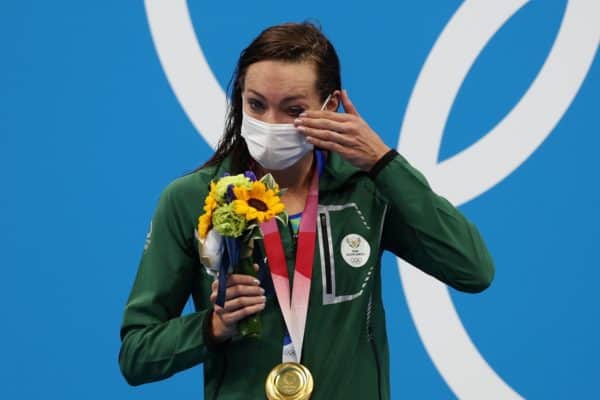 Olympic medallists Tatjana Schoenmaker and Bianca Buitendag will receive cash bonuses for their performances at the Tokyo Games, it was confirmed yesterday, though it remained unclear how much they would get, when they would get it or where the money was coming from.

Media reports this week suggested Schoenmaker, who earned gold and silver in the swimming pool in Tokyo, and Buitendag, who bagged silver in the surfing competition, would not be rewarded for their results.

In response, a crowdfunding campaign was launched by EasyEquities and MatchKit in an attempt to raise funds for both medallists.

However, the SA Sports Confederation and Olympic Committee (Sascoc) and government denied the claims, insisting the athletes would be sufficiently rewarded.

“There has never been a point whereby a decision has been made to not offer medallists incentives,” said Sascoc president Barry Hendricks.

No details were released, however, about the amounts the athletes would receive or which of Sascoc’s partners would come to the rescue.

Most of the Olympic body’s corporate support was offered through sponsorship in kind, and the majority of its funding was provided by government.

“The amount for each medallist will be announced in due course once we have finalised negotiations with our partners,” Hendricks said.

After the 2016 Rio Olympics, where the SA team had earned 10 medals, Sascoc and government paid out more than R3.4 million in bonuses.

Sports minister Nathi Mthethwa said the incentives for the Tokyo Games would not be unveiled until after the Paralympics, which was set to conclude on 5 September.

And while Mthethwa said they had already invested R7.4 million in team preparation for the Games, the sports ministry would ensure a further financial commitment was directed towards the nation’s top performers.

“The quantum of the rewards will be in keeping with the well-established norms and standards from the previous Olympic and Paralympic Games,” the department said in a statement.