Cheetahs assemble a balanced squad for trek to Harare

Coach Franco Smith bucks the trend of his opposition by not only taking B-listers for warm-up against the Stormers. 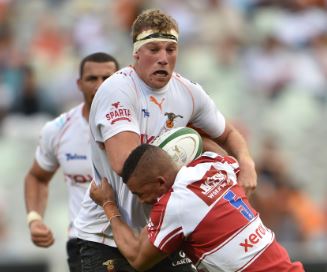 The Cheetahs will travel with a squad of 31 players to Harare on Friday for their Super Rugby warm-up game against the Stormers on Saturday.

Cheetahs head coach Franco Smith has named 18 forwards and 13 backs for the trip.

They will stay on in Zimbabwe to continue their preparation for their second warm-up fixture against the Sharks in Durban on February 3.

The team will be captained by lock Reniel Hugo in the absence of regular skipper Francois Venter, who will miss the start of this year’s campaign due to an ankle injury.

Smith decided to leave a few of his first-choice players at home like the halfback pairing of Shaun Venter  and Niel Marais, as well as loose forwards Paul Schoeman, Uzair Cassiem and Niell Jordaan.

Intitially centre Nico Lee was also earmarked to stay at home but after William Small-Smith suffered a broken hand, his name was added.

21-year-old centre Ali Mgijima is also afforded the opportunity to stake a claim.

While teams like the Lions and Bulls are merely testing their depth on this trip, Smith has a bit more at stake.

He has previously said he wants to see how Raymond Rhule performs at fullback, while the performance of Springbok flank Oupa Mohoje will also be closely watched.

Mohoje lost his No 7 Bok jersey to Cassiem on last year’s tour to Europe.

Flank Boom Prinsloo also makes a return after an absence of about eight months due to a serious , hamstring injury.

The former Stormers utility back Ryno Eksteen could get opportunities at both flyhalf and fullback.

The Cheetahs won the corresponding fixture last year in Harare against the Bulls easily 28-10 but then went on to experience a dreadful Super Rugby campaign.

With the Lions playing the Bulls in the earlier game, the Cheetahs are bound to bump into former team-mates lock Lood de Jager and prop Conraad van Vuuren who left Bloemfontein last year to join the Bulls.