Three of the Eastern Cape franchise's players concuss themselves ... during training, leaving them in doubt for the start of Super Rugby. 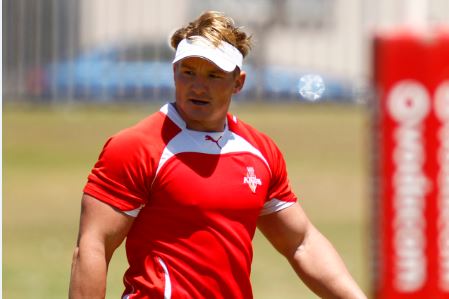 Chris Cloete, one the Kings' key players, was one of the guys who maybe trained a bit too hard... Photo: Michael Sheehan/Gallo Images.

It would seem the Kings took the term “Koppestamp” – an Afrikaans slang word for a tough training session – too seriously the last week.

No less than three of their players sustained concussions on the training field the past few days, an indication that they are perhaps a tad over-enthusiastic.

For Chris Cloete, the Kings’ influential flanker, this setback will be particularly frustrating.

Also read: Eina! Stormers’ Leolin Zas out for a year with broken leg

The 25-year-old fetcher had been on the sidelines for more than six months after injuring his knee near the end of last year’s Super Rugby campaign.

He had impressed immensely during that time.

Given his long layoff, Cloete really didn’t want his comeback to be put into doubt again.

Lock Irne Herbst and wing Neil Maritz, who are loan players from the Bulls and Sharks respectively, also bumped their heads too hard.

And, just to rub salt in the wounds, flyhalf Pieter-Steyn de Wet was also left concussed after the weekend’s warm-up win over Border.

“We’re fortunate not to have any new or serious injuries after our pre-season matches,” said Konrad von Hagen, the Kings’ team doctor.

“Our four players who sustained concussions are making good progress as they go through the return-to-play protocol. It is extremely vital that we take the most caution and adhere to the medical rules before players return to the field.”

Also read: The Lions are in danger of losing a big weapon

He added team management are “hopeful” the quartet will be ready for the Kings’ opening Super Rugby game against the Jaguares on February 25.

Cloete’s potential absence will be felt, especially as his partner-in-crime in 2016, tackle-machine CJ Velleman, is also only returning in April.

On the positive side, wing Wandile Mjekevu – who’s played Super Rugby for the Lions, Sharks and Kings as well as in France – returned to full training.