The underrated winger shows his credentials as a finisher in what ultimately was an easy win over a wayward Reds side. 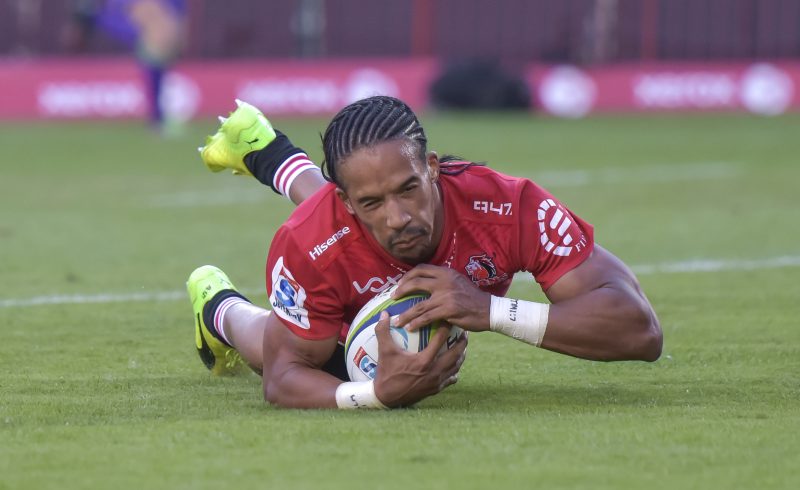 The Lions were in a ruthless mood at Ellis Park on Saturday night as they destroyed the Reds 44-14 in their Super Rugby meeting.

It’s their eighth straight win in Super Rugby at home.

The big hero for the Lions was left-wing Courtnall Skosan, who had an absolute ball in scoring four tries.

His haul of tries makes him the first Lions player since Lionel Mapoe against the Cheetahs in 2014 to bag a hat-trick.

In all, the Lions scored seven tries to the Reds two and were particularly rampant in the second half.

A testimony of that domination was that they crossed the line five times in the final 40 minutes.

They were helped by the Reds, who paid dearly for their ill-discipline, but in all fairness they were already trailing 15-0 by the time referee Mike Fraser started carding them.

First, left-wing Eto Nabuli received a yellow card for a professional foul before flyhalf Quade Cooper saw red when he made a neck-high tackle on Lions centre Rohan Janse van Rensburg after the midfielder went over for the Lions’ third try.

The homeside soon pushed the gap wider to when hooker Malcolm Marx barged over for the fourth try in the 50th minute and the scoreline could have been even wider had Lions pivot Elton Jantjies not missed three of his first five attempts at the goal.

Skosan completed his hat-trick in stunning fashion when he re-gathered his brilliant kick forward and showed a clean pair of heels.

It was just reward that he was on the end of a brilliant final pass to score his fourth.

Earlier, the Lions scored the left numerous opportunities go a begging in an error-ridden opening stanza.

But with Janse van Rensburg causing havoc in midfield and the forwards dominating the set-pieces and collisions, the hosts took control.

They will hope their handling improves as the tournament progresses.