When people think attacking rugby, they don't think 'rolling maul'. But the Boks aren't willing to abandon a tried and trusted tactic. The Springboks might be keen to play attacking rugby but they’re not going to abandon one of their traditional strengths.

Also read: Springboks aim to be the ‘winemaking’ kings of rugby

But forwards coach Johann van Graan has a perfectly good reason to still promote the tactic despite the poor execution of it in 2016.

“The driving maul has been a massive part of South African rugby and now world rugby,” he said on Tuesday.

“All the teams in Super Rugby now use it and we used it the third-most of all countries in 2016. It’s important to adapt to the referees if you’re going to use it. We have three Southern Hemisphere referees against France, who stop the drive well and maul pretty well themselves.”

In fact, the high-flying Lions have been using the driving maul pretty effectively for a side known for running rugby.

However, whether the Boks run with the ball or maul, their play would still be based on solid set-pieces.

“There are a lot of different ways to play, but the most important thing we need is better decision-making. But we are working on one or two things around the maul. To execute on attack, the set-piece has to function,” said Van Graan.

“I’m happy with where the scrum and lineout are but Saturday afternoon is what counts. In 2016 we were the number one side in scrums and lineout success with 95%. France have a brilliant scrum and a very good lineout, and their ball-movement from there is good. But we must follow our strength.”

South Africa shouldn’t have a problem in the set-pieces, especially with in-form locks like Franco Mostert, Eben Etzebeth and Pieter-Steph du Toit.

They also just need to get their front row mix right.

Van Graan said there is a fresh vibe in the Springbok camp after the horrors of 2016.

“There’s a brilliant atmosphere, every year feels like a new start with the Springboks but there are some new, fresh ideas this year, it’s about blending those together, and we have some new technical staff. We’ve done our research and we will adapt our game accordingly, but we want to use the strengths we saw in Super Rugby,” said Van Graan. 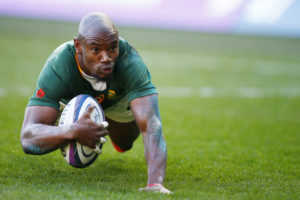 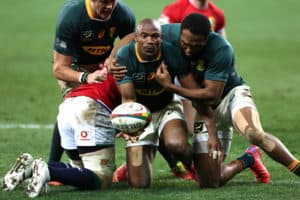