Springboks know they have a weakness on the wings

Backline coach Franco Smith admits the French will continue to target the vulnerable defence of Courtnall Skosan and Raymond Rhule. 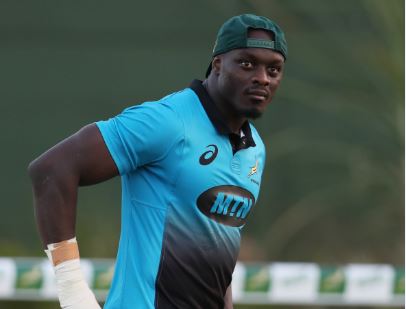 By all accounts Courtnall Skosan and Raymond Rhule deserved their Springbok debuts at Loftus last week.

They have been the most consistent local wingers in Super Rugby.

However, the pair still have a way to go to convince some that they’re ready for the demands of international rugby.

The Springboks were found wanting on defence in the wider channels against France during a comfortable 37-14 victory and it’s a problem backline coach Franco Smith has picked up on.

Skosan in particular was targeted for his lack of physicality on defence and missed two tackles while completing just four.

Cheetahs star Rhule actually completed 12 tackles and only missed one but what’s interesting is that only one of those 12 was dominant.

In other words, virtually none of Rhule’s tackles stopped opponents in their tracks.

Smith believes the strengthened French side will be out to exploit what is a pretty obvious potential weakness of the Springboks.

“In the wider channels they are going to put the ball in behind us,” he said in Umhlanga on Tuesday.

“They are going to be asking questions from our defence when the go a bit wider as well as in the set-pieces. There’s still a lot of work-ons.”

As a result, Smith was quick to emphasise that this aspect of the Springboks’ game is a work in progress.

“After two weeks’ prep going into last weekend’s game, it was always going to be exciting to see the first product out there,” he said.

“There’s been a lot of work being done this week with the video replays. A lot of opportunities were created but there were also lot of small issues that can now be addressed. So the main thing will be to play with a little more depth. We are working hard at our set-piece.”

The French rested a few stalwarts last weekend and are expected to be much improved at Kings Park.

As a former coach of Italian club Treviso, Smith said he knows from experience the French will be fired up to bounce back, especially given that they’re being reinforced by seven players from Toulon and Clermont.

“We expect a big onslaught. My experience from the Heineken Cup, where you often play back-to-back, is that you know there’s always a backlash,” he said.