Supreme defence and physicality from the Capetonians knock the Lions out of their stride in a poor game of rugby. 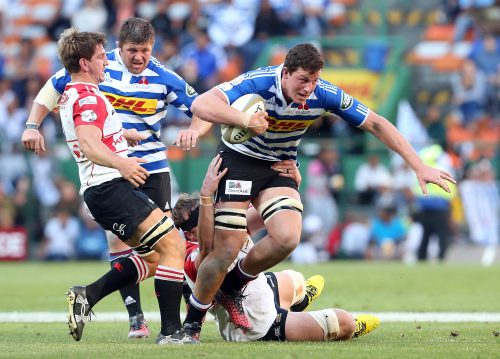 WP lock JD Schickerling delivered a powerful performance but his temper also got the better of him at times. Photo: Carl Fourie/ Gallo Images.

Western Province used the dominance of their forward pack and an unwavering defensive performance to advance to their first Currie Cup final since 2015 when they beat the Golden Lions 19-5 in a high-pressure semifinal at Newlands on Saturday night.

It ensures them a final clash with the Sharks in Durban next weekend, who outlasted the Blue Bulls 37-27 in the earlier semifinal.

The Lions were looking for an impact from hooker Malcolm Marx and loosehead Dylan Smith but it never quite materialised as Province were very clinical in the way they nullified them.

In fact, overall the Lions could never really cope with the Newlands cauldron.

Trailing 13-5 at the break, the Lions made themselves guilty of numerous handling errors under the pressure Province created, with the home side also taking the fight to their opponents in the scrums and contact situations.

Wing Ruhan Nel was a star performer, but Province’s flyhalf Robert du Preez, who kicked 5/5 to score 14 points, played the big moments well and showed immense composure. He ensured scoreboard pressure was maintained for his side by kicking the penalties when it mattered to ensure.