Despite not playing all that well in their Currie Cup semi, the Capetonians are grateful they had to slug it out ahead of meeting the Sharks. 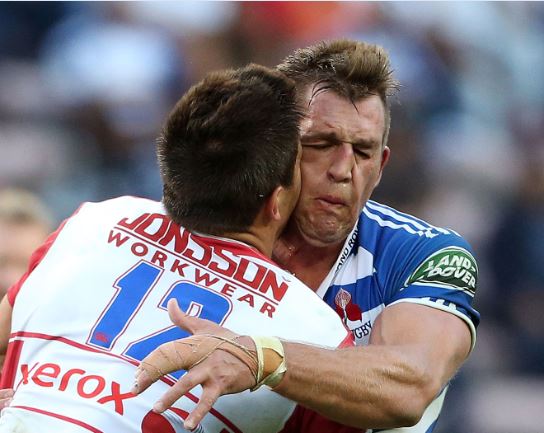 Ouch! Western Province captain Chris van Zyl and his troops would be primed if they were to face another bruising encounter against the Sharks. Photo: Carl Fourie/Gallo Images.

It could be highly beneficial for Western Province to have been forced into play-off mode in the last two weeks before the Currie Cup final in Durban against the Sharks this weekend, believes their captain Chris van Zyl.

First they had to win 31-20 in Durban two weeks ago to beat the Sharks and secure a home play-off spot and last weekend they had to get past a very good Lions side at Newlands in the semifinals to secure their final spot.

Also read: The anatomy of a Lions tactical disaster

However, the last time they met in a final in Durban in 2012 it was Province who surprised heavy favourites Sharks 25-18 with centre Juan de Jongh scoring a brilliant try just before half-time.

“It has been two weekends in a row where we simply had to win and this will benefit us going forward,” said Van Zyl (above).

“The character of the team has shown when we were down we managed to get back up.”

Province suffered a setback when centre EW Viljoen was ruled out of the final this weekend with a hamstring injury, while there’s doubt over the concussion of flank Jaco Coetzee.

But, said Van Zyl, their replacements in Ruhan Nel, who was shifted from wing and Sikhumbuzo Notshe who replaced Coetzee early against the Lions, showed what the team are made of.

“I feel the team adapted well and the guys have got big hearts, so it didn’t affected us all that much,” said Van Zyl.

If there’s one area where WP could have the edge it’s at tighthead where Wilco Louw almost single-handedly destroyed the impressive Lions scrum.