Politics ruins South Africa's bid despite World Rugby stating to voting members that it had the best bid for the showpiece tournament. 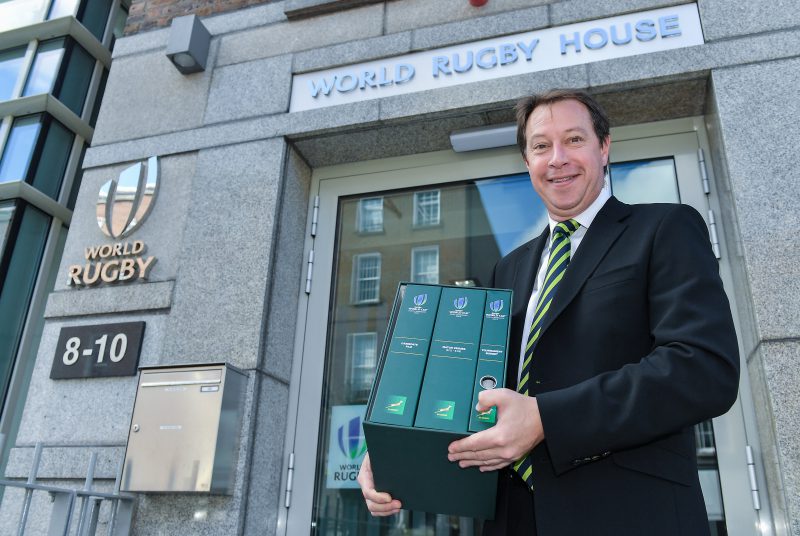 Saru CEO Jurie Roux and his team's work has counted for nothing. Photo: Getty Images.

While they have revealed their “bitter disappointment” after losing a fourth successive World Cup bid, and they are expected to urge World Rugby to refine its new process in selecting host nations, SA Rugby (Saru) officials have confirmed they will not appeal the result.

The global body’s council ignored a recommendation from a bid evaluation committee on Wednesday, with South Africa being cast aside as France was selected to host the 2023 showpiece.

“However, in the feedback sessions I am sure we will be recommending to the World Rugby council that the verdict of the evaluation committee become binding.

“World Rugby ran an exhaustive and transparent process for 15 months to identify the best host nation, only for the process to go entirely opaque for the past two weeks.”

Taking a unique approach to their bidding process for major events, World Rugby had urged its council to vote in favour of SA after the evaluation committee had unveiled the country as the preferred candidate to organise the 10th edition of the quadrennial tournament.

The majority of council members backed France, however, with the European nation receiving 24 of the 39 votes in the second round to get the nod.

Despite the criticism they attracted after the results of the secret ballot seemingly undermined the bidding process, World Rugby chairman Bill Beaumont insisted the council had not made a mockery of the system.

“There wasn’t a great deal between France and South Africa in the evaluation report. It was very close and I think council members looked at that,” Beaumont said.

“Everybody was able to see the scoring, and they might not have liked certain aspects of it and they might have agreed with others, but I don’t think it has anything to do with the process that we’ve gone through, which has been open and transparent.”