This Lions star is not living in the past

Malcolm Marx is arguably the hottest property at the moment in South African rugby. But he's wary of losing his mojo in Super Rugby 2018. 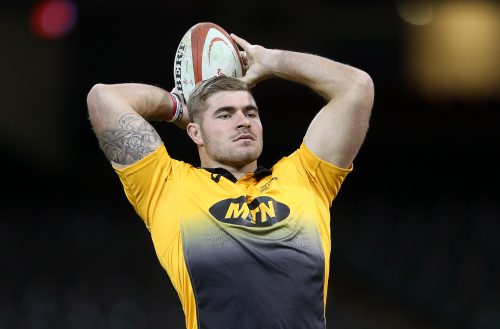 For the Lions’ Springbok hooker Malcolm Marx there’s simply no time to bask in what happened last year.

After making his debut from the bench, Marx has played in 14 Bok Tests since 2016, scoring three tries, but stressed there’s no room for complacency.

“I won’t say there are real expectations, but I like to be more consistent, as a player and as a person,” said Marx.

“Last year was a tough year but still a better year than the one before for the Boks, but we’ll move onwards and upwards.”

First included in the Lions Super Rugby squad in 2014, the 114kg Marx has scored 15 tries in 38 Super Rugby appearances and three in 28 Currie Cup showings.

Gearing up for their opening clash in this year’s competition at Ellis Park against the Sharks next weekend, Marx said everyone is starting again from zero.

“Last year did not change a lot for me personally, but there’s always aspects I want to improve on and know I can do better.

“I was very happy with some of my performances last season but also very disappointed with some. So it’s a new year and obvious new challenges are awaiting at both Super Rugby and international level,” he said.

The Lions have put their two final appearances in the past two years behind them going into this year’s competition with a new head coach in Swys de Bruin who has taken over from the departed Johan Ackermann.

“I wasn’t part of the scene in 2013 when the Lions were kicked out of the competition,” said Marx.

“But from the next year and more so from 2015 the results started to come. The boys are just a great brotherhood and base their happiness on cameraderie.”

We give our verdict on the Lions’ Super Rugby squad