Newly hurt Whiteley to stay behind as Lions fly out

The captain may still recover in time for this weekend's Super Rugby clash in Sydney. 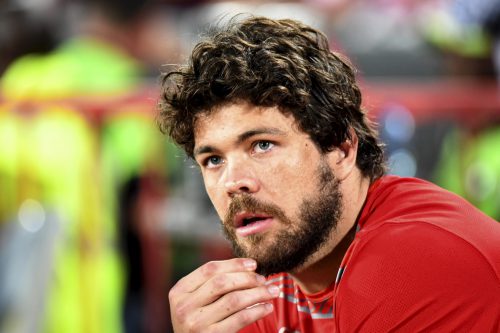 In a massive setback to the Lions, captain Warren Whiteley won’t fly out with the team on Tuesday night on their Super Rugby trip after re-injuring his left knee during training on Monday.

Lions team doctor Rob Collins said Whiteley will stay behind but could join the team later in Sydney, where they face the Waratahs on Friday in their first tour game.

“While Warren was running in training on Monday he felt a click in his knee and it swelled up a bit overnight; he doesn’t feel comfortable with it,” said Collins on Tuesday afternoon.

“So out of precaution we sent him for a scan and he’ll see an orthopaedic surgeon; most likely it won’t show up anything and he will join us a bit later, depending on the scan.

“When examining him we didn’t find anything in the knee to worry about.

“So that’s why we sent him for an MRI; time-wise and getting him to the airport is something we don’t want to rush, so instead of flying with us he will fly later, depending on when that later is.

“But it’s unlikely to be something that will keep him out for an extended period of time.”

Collins also explained that scrumhalf Ross Cronje (ribs) and wing Aphiwe Dyantye (chest) were not medically fit at this stage and that’s why they were excluded from the trip.

“Ross and Aphiwe had to do final medicals on Monday and they weren’t quite 100%; we like to push or get people back quicker, but we also don’t take a chance when they don’t look right.

“They are not right for this week and we don’t take people who are injured; they could recover in the next week or two, but it’s a matter of seeing how they do,” he said.