Prodigal son Rassie returns to his beloved City of Roses

The Springbok coach made his mark in Bloemfontein as player and coach. Now he wants to win a Test match there. 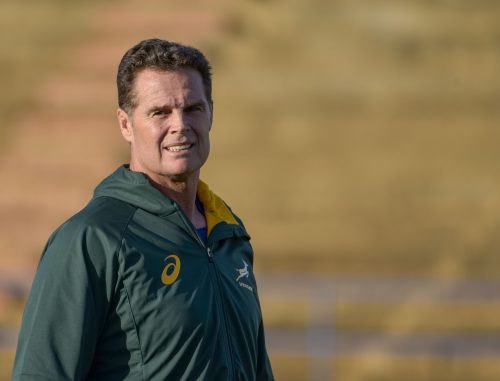 As a former flanker, the 45-year-old spent most his playing days turning out for the Cheetahs before making his mark as a young, precocious head coach of the side.

ALSO READ: Why Rassie Erasmus has picked a retired 37-year-old

He became famous in the City of Roses for guiding the Free State side to three consecutive Currie Cup titles from 2005 to 2007 and delighted with various innovations – from exploiting the substitution rule with his props to shining disco lights on the roof of the Free State Stadium to indicate tactics.

Now he returns … as Springbok coach.

“The three places where I played and coached were the Cheetahs, Lions and the Stormers,” Erasmus said when asked about his “homecoming”.

“It’s nice to be back where I learnt my rugby after I came from Despatch in the Eastern Cape. I made my debut here and I remember when they rebuilt the stadium in 1995. It was a great event in the Free State, so it’s great to be back, incredible.

“It’s nice to win any Test and if we could wrap up the series this weekend in Bloemfontein it would make it extra special.”

Back to business, Erasmus expects England will test his two young, impressive wings, Aphiwe Dyantyi and S’bu Nkosi, with something different this weekend.

“They are young and the only way they will keep learning is to be exposed to different tactics,” he said.

“Hopefully if they throw something else at us, the guys will handle that and even if they don’t it will be a learning experience.”

The two wingers were good at spotting space out wide at Ellis Park and generally exploited those opportunities, but they might be tested in other areas like the high ball on Saturday.

“It’s good that the guys could adapt. Normally when that happens when you are young you tend to go into your shell. The bigger decisions you make, the better for yourself.

“Afterwards you can go and see whether it worked or not. So credit to Aphiwe and S’bu for making big calls on defence.”