Mighty Marnus has (finally) found his mojo at the Lions

The diminutive ball poacher has been a bit of journeyman previously but now he's arguably one of the best super subs in Super Rugby. 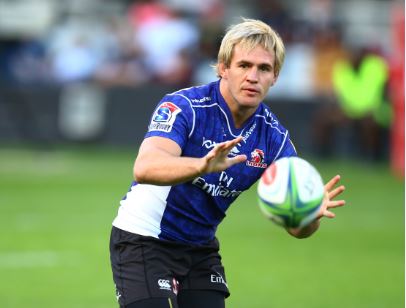 Marnus Schoeman has been drafted into the Lions team, in place of Jaco Kriel, for the Bulls match on Wednesday. Picture: Getty Images

Having enjoyed storming cameo appearances off the bench, this weekend’s Super Rugby home quarterfinal against the Jaguares rates as one of the highlights of Lions openside flanker Marnus Schoeman’s interesting career.

Call him a late bloomer at 29 – plus he’s on loan from the Pumas – Schoeman has experienced a try-scoring spree in 2018, dotting down six times in only 11 appearances.

Touted from his days at the Bulls as a hot prospect, the former Waterkloof and Tuks alumnus hasn’t quite fulfilled his potential despite stints at all the current (and former) Super Rugby franchise’s except the Sharks.

But under Swys de Bruin’s tutelage, he’s found his mojo.

“My dad and I had a chat in the week and it’s definitely the highlight of my career playing Super Rugby and with a special group of guys,” said Schoeman.

“At this stage I’m just on loan but we’ll see what happens in the future.”

And how did he enjoy scoring all those maul tries, especially given that he’s only 1.78m tall?

“I was just at the right place at the right time. I don’t feel the pressure, I just want to add value to the team,” he said.

Securing second place on the overall log means the Lions have a relatively easier potential run-in towards the final but Schoeman warns that the Jaguares’ versatility makes them dangerous – they’ve always been a physical side but also possess a lot of flair.

“They’ve got a good combination and have found a good balance between being physical and playing attacking rugby.

“Their flyhalf, Nicholas Sanchez, is the heart of their attack but obviously we have a defensive system that we must back. We have planned for this weekend but we’re also sticking to our system,” he said.

Bok defence coach Jacques Nienaber was around this week as well but didn’t come to tinker a defensive system that has been vulnerable this season.

Instead, he “just came around to fill in where he can as we have our own structures and he was just looking where he can maybe add something”.

“It’s a whole system thing and you can’t just focus on one or two players. (Jaguares flank and captain) Pablo Matera likes running off Sanchez for example but that’s not their only trick.”