Lions can’t afford another sleepwalk for a start

Warren Whiteley and co are relaxed going into Saturday's playoff against unpredictable opponents but they're not oblivious to a few teething problems. 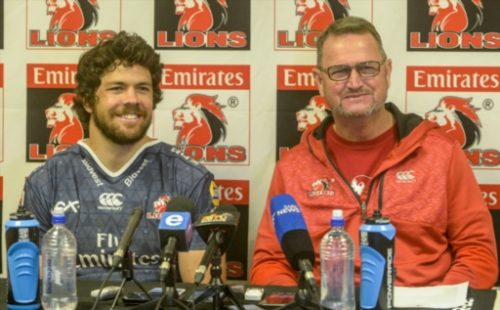 Lions captain Warren Whiteley stressed the need to be on fire from the word go in their Super Rugby quarterfinal  against the unpredictable Jaguares at Ellis Park on Saturday.

Indeed, nobody wants to play catch-up in a game of this magnitude like they had to do last week in trailing 12-0 early to the Bulls.

ALSO READ: Mighty Marnus has (finally) found his mojo at the Lions

“We definitely want to be at our best and need to start better. That’s definitely something we have spoken about,” said Whiteley.

“We can’t have the start we had last weekend, so we have to hit the ground running and then just be consistent for 80 minutes.”

Patchy defence has been an Achilles heel for the Lions this season and their marking simply has to be spot-on, specifically for a Jaguares side that executes a different type of attack.

“Most Super Rugby teams like to play off 9 and 10, but they mostly like to play off 10 and they do it quite effectively. They have various options off 10, which makes it difficult defensively,” said Whiteley.

On a less serious note, coach Swys de Bruin has almost a childlike excitement over his first playoff as head coach.

But he insists he shouldn’t be the centre of attention.

“I’m really humbled to be part of such a team, that’s all I can say. The moment it becomes about me or any individual then we are losing our grip.

“It’s a brotherhood, I’m so thankful that I can work with players like Warren and these guys. Since I was a young boy it was a dream to one day work with these kind of guys, I love it,” he said.

While walking off the pitch this week, Whiteley asked him “coach, do you remember that one training session of three and a half hours”, when the Lions skipper was still U-20 at the Sharks Academy.

“… and no waterbreaks,” interrupted Whiteley.

To which De Bruin replied jokingly: “You were there to train not to drink water”.

It’s indicative of the vibe in the Lions camp, regardless of this season’s challenges.