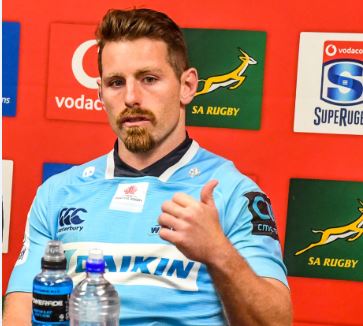 The Lions have been offered a glimmer of hope from Waratahs captain Bernard Foley, who suggests they have a fighting chance to upset firm favourites the Crusaders in the Super Rugby final in Christchurch on Saturday.

While no SA team had previously won a playoff match on Kiwi soil, Foley said at the weekend that the Lions had shown in their 44-26 semifinal win over the Waratahs that they could not be completely written off.

“It’s a two-horse race and the Lions definitely have a chance. I honestly think so,” Foley said.

“They are a quality side and they deserved to win (the semifinal). They applied pressure and they play a great brand.

“Their aggressive mindset will put them in a good position and I hope it continues this weekend.”

The yellow card to hooker Damien Fitzpatrick in the 56th minute, however, was a telling blow for his side.

“The Lions put some pressure on us there, so it was a tough one,” Gibson said.

“The game is what it is, but for us that was a bit of a turning point and they capitalised.

“But credit to the Lions. I felt their scrum and lineout maul was good and they thoroughly deserve their victory.”

In the absence of Fitzpatrick, the duo of hooker Malcolm Marx and flanker Kwagga Smith each completed a brace of tries, while a late try by wing Courtnall Skosan secured a commanding win.

“We know the Lions are a very good team from the 20 minute mark,” Gibson said.

“The pressure they applied to get themselves back into the game is what we planned for.

“We knew they were good from scrum penalties and kicking into that 22-zone, so we did our best to hold them out, but through their pressure they managed to score their points.”