The national side's first-choice fullback seems certain to miss the Rugby Championship's run-in. Rassie Erasmus has some thinking to do. 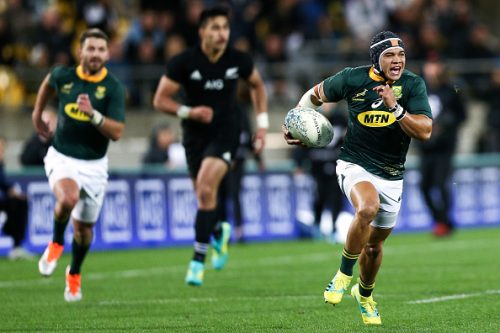 Cheslin Kolbe of South Africa breaks away for a try during The Rugby Championship match between the New Zealand All Blacks and the South Africa Springboks at Westpac Stadium on September 15, 2018 in Wellington, New Zealand. (Photo by Hagen Hopkins/Getty Images)

It seems unlikely that Willie le Roux will appear at fullback for the Springboks again during the Rugby Championship, meaning national coach Rassie Erasmus has to find a suitable candidate to fill the gap.

Le Roux, along with veteran flanker Francois Louw, has been released to his English club Wasps.

Given how Erasmus has relied on the 29-year-old this year in the No 15 jersey – he’s picked him in every Test – the Boks run the real risk of lacking rhythm in that position for the final two battles against Australia and New Zealand.

Here are the candidates. 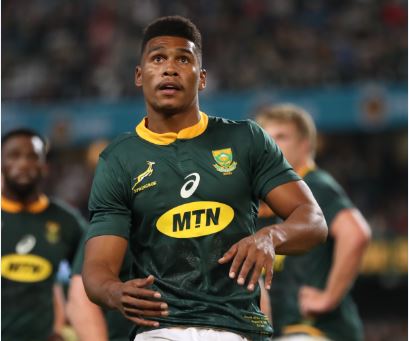 The 20-year-old is undoubtedly a precocious talent, a young man blessed not only with skill but also a surprisingly robust body.

Indeed, Erasmus continues to mention how Willemse is one of very few players who are already physically ready for Test rugby at such a young age.

He didn’t exactly experience a stirring Test debut against Argentina in Durban last month, with a wayward first pass in international rugby being intercepted for a try.

However, Willemse has shown in Super Rugby this year – where he played at flyhalf – that he does have the composure to become a top class exponent.

His booming boot is also a useful weapon for a fullback.

The little pocket rocket will continually be subjected to doubts over his size but his performance as replacement in Wellington surely would’ve alleviated some doubts.

Kolbe was very solid as defender, making eight tackles as well as affecting a turnover.

He also showcased his poaching ability with an intercept try.

Despite his age, Kolbe is an experienced player who’s very much used to being targeted by bigger opponents and handled the pressure with aplomb in Super Rugby for the Stormers.

By all accounts the 24-year-old should actually be considered next in line to Le Roux but he might be needed to relieve the Boks’ injury crisis at wing. 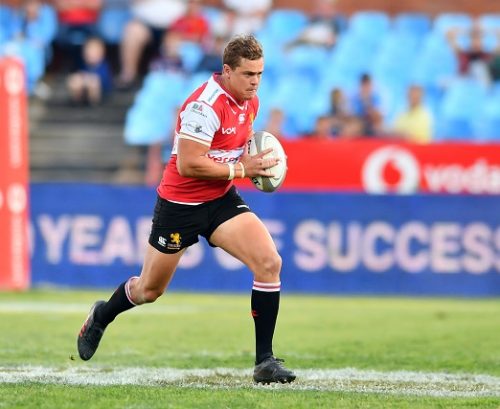 Andries Coetzee of the Lions during the Currie Cup match between Vodacom Blue Bulls and Xerox Golden Lions XV at Loftus Versfeld on September 01, 2018 in Pretoria, South Africa. (Photo by Johan Rynners/Gallo Images)

There’s a lot of support for Western Province star Dillyn Leyds’ recall to international rugby given his excellent form in the Currie Cup.

The problem is that Leyds hasn’t been invited to a single Springbok alignment camp by Erasmus, seemingly indicating that he’s not too keen on the 26-year-old playmaker.

It would be interesting if he’s plucked out of relatively obscurity.

While he won’t necessarily set the scene alight, he’s a reliable player who would be able to slot in fairly easily in an emergency.

Coetzee had been part of Erasmus alignment camps.