National coach Rassie Erasmus has previously stated that he technically still hasn't settled on the candidate to lead the team at next year's World Cup. 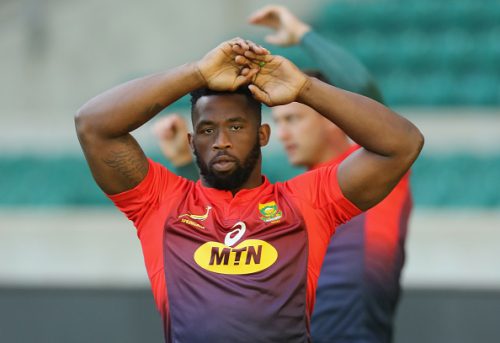 Last week’s loss to England at Twickenham proved one thing and one thing only, according to dejected Springbok captain Siya Kolisi: the national team still has a lot of growing to do.

Speculation has surfaced that Kolisi might be dropped for the Test against France in Paris this weekend, in a potentially shock announcement which could cause a big outcry, with the Bok team due to be announced on Thursday for the second match of their European tour.

ALSO READ: Boks’ united front: ‘Farrell’s tackle is legal, so we’ll do it too’

This move could see either Warren Whiteley or Pieter-Steph du Toit reclaiming the captaincy.

National coach Rassie Erasmus has stated previously that he hasn’t settled yet on a permanent appointment for next year’s World Cup.

With the Boks having lost their sixth Test in 11 starts, they were aiming to avoid a third straight defeat after going down to New Zealand in the final Rugby Championship match at Loftus Versfeld last month.

“It’s been a great couple of months but we are still growing and we are still building,” said Kolisi, who was criticised for some of his calls against England.

“But it was really tough to lose like that, especially in this (Bok) jersey, so we need to bounce back this week.”

While it would take a while for the dust to settle after the implosion of referee Angus Gardner last week, Kolisi felt the players should take responsibility for their latest defeat.

“It was really tough and we simply didn’t capitalise on the opportunities when we had them,” Kolisi said.

“There were so many attacking chances when we were in their 22, but we didn’t take them.

“England played really well but I think we all know we were our own worst enemies.”

While Kolisi came under fire after opting for a malfunctioning lineout rather than taking a penalty or a scrum, despite being in control with England a man short, he insisted they had trusted their lineout drive.

“We started with a plan but didn’t execute that well, and while the plan worked, we didn’t take the points when we could have and that was the tough part.”