Some players are in dire need of a short break, but filling their voids is no easy matter for Rassie Erasmus. 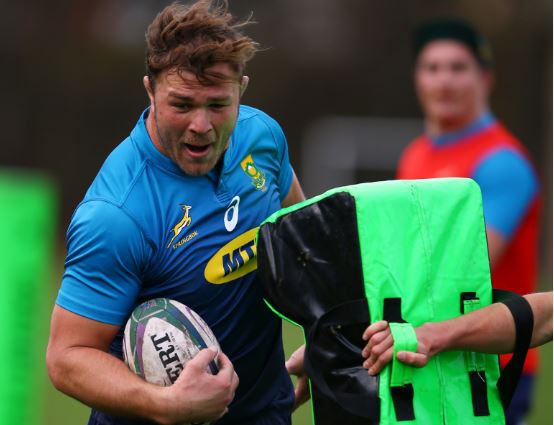 Rassie Erasmus isn’t being overly gloomy when he highlights that the Springboks are in a catch-22 situation going into Saturday’s Test against Scotland at Murrayfield.

It’s pretty much an accurate reflection of the current state of affairs.

South Africa are probably in need of a bit of refreshment as a long season starts to take its toll on various players.

But can Erasmus weigh up that against risking a negative result?

“You have to consider everything. That’s not an easy task,” he said.

“It’s probably easier to change your side when you’ve just won and have some momentum on your side.”

After all, the class of 2018 are still on wobbly ground in terms of their win record, which reads won six and lost six.

Injuries and club commitments have made that decision easier in some instances.

The influential Faf de Klerk is likely to be unavailable for the last two matches of the tour as he returns to English team Sale, meaning Ivan van Zyl and Embrose Papier are prime candidates to replace him.

Both the young Bulls halfbacks haven’t played a lot of rugby and will undoubtedly be fresh and motivated.

It also serves the purpose of “forcing” Erasmus to develop depth in the No 9 jersey, one of the criticisms he’s faced this year.

Warren Whiteley’s calf injury also paves the way for Duane Vermeulen to move back to his preferred No 8 position, with Pieter-Steph du Toit slotting in at blindside flank.

The problem there, however, is that Du Toit and captain Siya Kolisi have arguably been overplayed this year.

There’s little room for refreshment in that department.

Erasmus noted how a man like Francois Louw looked revitalised because “the Europe-based players are at the beginning of their new season, which means they are fresh”.

He could arguably help in granting Kolisi a break.

But with only Sikhumbuzo Notshe left amongst the unused flankers, dropping Du Toit could become a problem on the bench.