Struggling WP off the hook for alleged discrimination

Stormers assistant coach Paul Treu had alleged that he was being undermined by his colleagues, prompting an independent review. 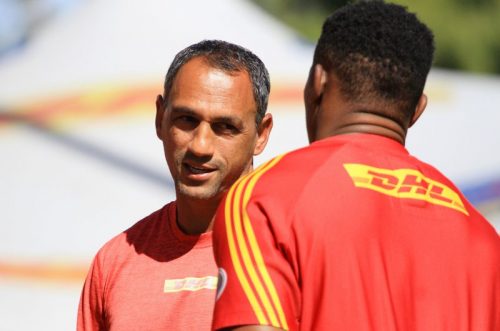 Embattled WP Rugby has been handed somewhat of a reprieve after an independent investigation into “discrimination or unfair labour practices” cleared the union.

The union was forced into launching the probe in July following complaints made by Paul Treu.

ALSO READ: Former Blitzboks coach ‘does a Willemse’ and ‘Stormers’ out of meeting

Credited with laying the foundation for making the Blitzboks the powerhouse that they are, the 47-year-old had alleged that he was being undermined as Stormers assistant coach in this year’s Super Rugby campaign.

Treu had allegedly stormed out of a formal team review meeting, stating that he was “tired of being treated poorly” and “won’t stand for such treatment any more”.

The Stormers only won six out of 16 matches in 2018, their worst showing in the tournament since 2009.

However, a “comprehensive” final report submitted by Bowmans Law that contained “no adverse findings against any WP Rugby officers, coaches or staff members”.

“After an extensive investigation process that saw 29 associated people interviewed and numerous documents reviewed in this matter, we are pleased that the independent enquiry found that there was no foundation to the allegations,” said WP Rugby chief Paul Zacks.


“Despite the favourable findings by the independent investigation in the Paul Treu matter, and the pleasing results in the recent SA Rugby Transformation Report, we cannot rest on our laurels and will continue to work towards proactively improving transformation within the union.”

The outcome suggests at least that the Stormers will have a stable coaching environment going into the new season, a win or sorts given that WP Rugby is staring austerity measures in the face due to its poor financial position.

Newly elected president, Zelt Marais, is a tax specialist at Nedbank and was elected on the ticket of cutting costs.