Who’ll come out top in the battle of the Bok flyhalves?

Elton Jantjies and Handre Pollard have an early season duel at Ellis Park on Saturday. Rassie Erasmus will be watching intently. 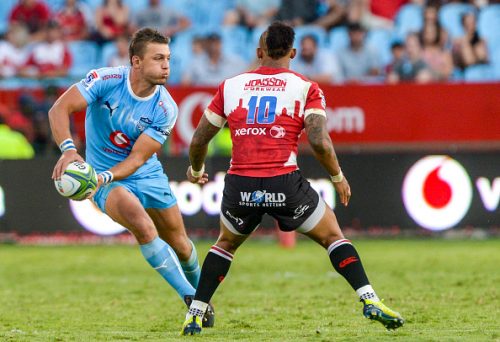 Captain Handre Pollard of the Bulls challenged by Elton Jantjies of the Lions during the Super Rugby match between Vodacom Bulls and Emirates Lions at Loftus Versfeld on March 03, 2018 in Pretoria, South Africa. (Photo by Sydney Seshibedi/Gallo Images/Getty Images)

One of the thrills of a local derby in Super Rugby is how two players competing in the same position at national level face each other head-to-head.

Ellis Park will play host to a particularly mouthwatering duel on Saturday as Elton Jantjies and Handre Pollard, the flyhalves of the Lions and Bulls respectively, do battle.

How have Springbok coach Rassie Erasmus’ two preferred pivots performed at this early stage of the season? 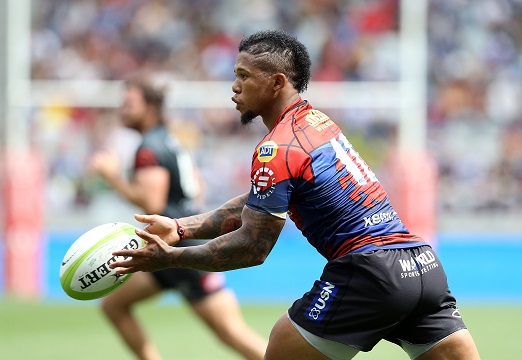 Elton Jantjies of Lions during the during the Super Rugby, #SuperHeroSunday match between Emirates Lions and Cell C Sharks at Cape Town Stadium on February 03, 2019 in Cape Town, South Africa. (Photo by Carl Fourie/Gallo Images)

The Lions’ vice-captain has had to tweak his game against his natural style because of the team’s difficult early schedule.

Buenos Aires and Cape Town, especially with early season rust still to shake off, aren’t places where the ball is simply thrown around.

As a result, Jantjies has been tasked with kicking a lot more, illustrating how the Lions preferred a more percentage game, particularly against the Jaguares.

His 23 kicks are the second most to date in the competition.

As always, the 28-year-old playmaker has been an efficient distributor, with 40 of his 45 passes being considered “good”.

Interestingly, his 12 carries is the same number as Pollard, but he’s made 10 more running metres than his counterpart (37m), suggesting his attacking punch has been more effective despite Jantjies being over 10cm shorter and 10kg lighter than Pollard.

That’s not a particularly flattering stat.

But a first appearance at home could see him flourish.

In his own words: “I don’t think a lot about those type of things (such as vice-captaincy and the duel with Pollard). We have a spine of leaders that determine broadly how we run things. I’m just there to facilitate the on-field calls.” 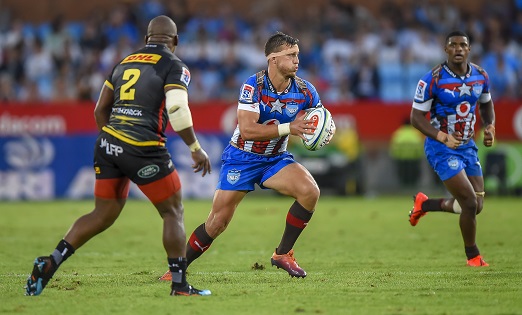 Bongi Mbonambi of the DHL Stormers and Handre Pollard of the Vodacom Bulls during the Super Rugby match between Vodacom Bulls and DHL Stormers at Loftus Versfeld on February 16, 2019 in Pretoria, South Africa. (Photo by Christiaan Kotze/Gallo Images)

The Boks’ first-choice flyhalf was outstanding in the season opener against the Stormers, dictating play brilliantly through variation.

That said, it was refreshing to see how Pollard employ his tactical kicking as a weapon at Loftus.

He tried that again in Buenos Aires last week – he’s kicked 21 times to date – but was inconsistent and wasn’t given good backup by his raw halfback partner, Embrose Papier.

Pollard has been well marked by opposition defenders, gaining only 27m from 12 carries and hasn’t spread the ball as well as Jantjies, completing 20 good passes out of 27.

His greater bulk has made him a more effective defender, though he hasn’t exactly made a lot of tackles (9).

A highlight though has been has place kicking.

In his own words: “I always enjoy playing against Elton. He’s a great player and he’s one of the Lions’ leaders. We’ll have to put him under pressure. If we do that, we’re halfway to dominating. We have a few plans, it should be interesting.”