Ackers: I don’t want to talk about the Springbok job

The former Lions mentor though certainly didn't rule out wanting to coach the national side. 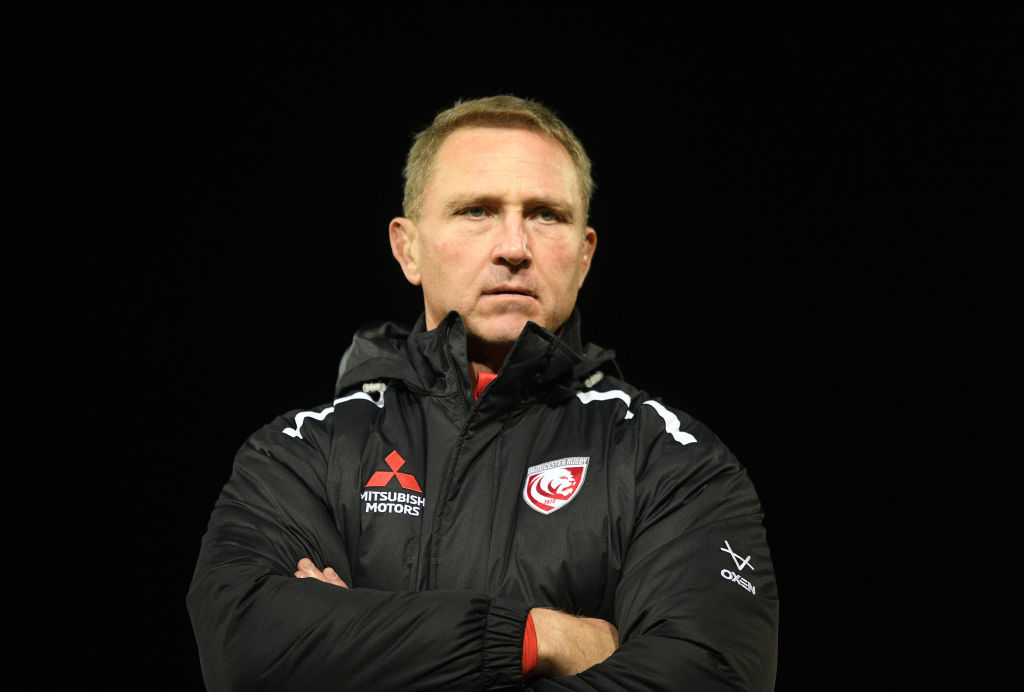 Johan Ackermann, Head Coach of Gloucester Rugby looks on during the Heineken Champions Cup Round 1 match between Gloucester Rugby and Toulouse at Kingsholm Stadium on November 15, 2019 in Gloucester, England. (Photo by Harry Trump/Getty Images)

The intrigue surrounding who will succeed Rassie Erasmus as Springbok coach is set to continue until the SA Rugby Union’s annual general meeting on January 16, with former Lions mentor Johan Ackermann remaining typically diplomatic on rumours linking him to the job.

Having recently guided the Boks to victory at the World Cup in Japan, Erasmus is set to focus more on his duties as national director of rugby, though he is expected to be directly involved with the national side in the build-up to the British and Irish Lions tour in 2021.

It is believed Erasmus prefers defence coach of the national team, Jacques Nienaber, to take over, but he has never been a head coach. 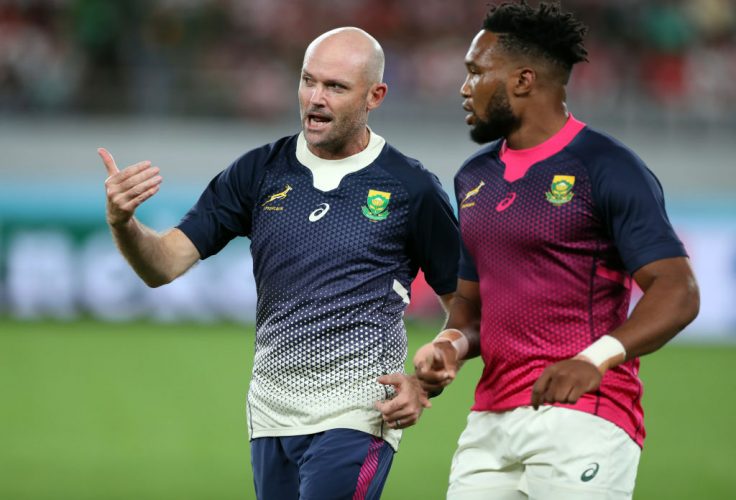 Jacques Nienaber (Defence Coach) of South Africa with Lukhanyo Am of South Africa during the Rugby World Cup 2019 Quarter Final match between Japan and South Africa at Tokyo Stadium on October 20, 2019 in Tokyo, Japan. (Photo by Steve Haag/Gallo Images/Getty Images)

Ackermann, currently prospering as head coach of English side Gloucester, and Johann van Graan, the Munster director of rugby and former Bok assistant, are the two overseas-based candidates on the supposed shortlist.

Approached for comment, Ackermann didn’t want to speculate on the matter.

ALSO READ: How does the Springboks’ depth look for 2020 onwards?

“That’s not really a topic I want to get involved in,” said Ackermann, who played with Erasmus for the Lions in 1999.

“That is of course completely up to SA Rugby and, of course, Rassie.

“It would obviously be a big honour to be involved one day. It is in our blood,” he said.

Whoever took on the role would have big shoes to fill, Ackermann felt, with Erasmus turning the tide after the Boks failed to lift the 2011 and 2015 World Cup titles before racking up poor results in 2016 and 2017. 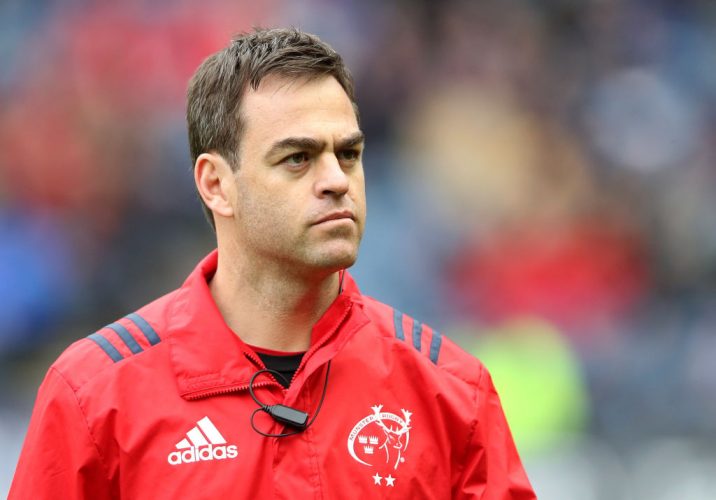 “Rassie and his management can be proud of what they achieved in the last two years,” he said.

“They made SA proud again and got the supporters behind the team.”

Meanwhile, SA Rugby confirmed yesterday that the Springboks will face Scotland and Georgia in three home Tests in the new international window of July 2020, as part of the incoming series match schedule.