The union's former head coach, who recently joined the broadcaster, did inserts on all three other Super Rugby franchises. The Lions insist that SuperSport remains a valued media partner despite sending formal communication to the broadcaster that apparently forbade them from using Swys de Bruin to conduct interviews with the team for its programming.

According to Rapport, Altmann Allers, the union’s majority shareholder, management decided that the former head coach’s departure – De Bruin resigned last October – was simply “too recent” for him to be spearheading television features about the team.

De Bruin signed up with the broadcaster late last year to be a member of it’s rugby offering, which included a series of features where he was supposed to visit all four Super Rugby franchises.

But the 59-year-old was told he wasn’t required for the Lions insert without further elaboration.

“I was at the Stormers, Bulls and Sharks. SuperSport told me nothing. I just heard that (Kings director of rugby and veteran SuperSport pundit) Robbi Kempson would be going to the Lions. That’s it,” De Bruin told the publication.

Allers denied any ill will towards De Bruin, instead arguing that the arrangement would simply be awkward from a professional perspective.

“It’s almost like the Stormers allowing Robbie Fleck (who was replaced by John Dobson at head coach late last year) suddenly being back and interviewing the new coaching staff and the players who played under him,” said the businessman.

“No separation is ever without a bit of pain, but there’s no bad blood between us and Swys. His resignation was handled very professionally from both sides. It’s simply just too soon for him to return to Ellis Park in a different capacity.”

De Bruin also insisted that he remains on good terms with the players, administrators and coaches at the union despite persistent rumours that his latter contract negotiations with the union proved awkward.

Allegations of selection interference was also denied, but never far from the grapevine.

A SuperSport spokesperson said the situation surrounding the correspondence was “strange”. 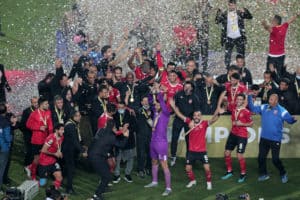 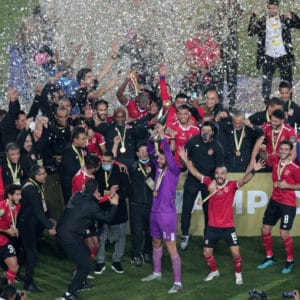