The Durbanites, under the new leadership of Everitt and Am, had won six of their seven matches in this year's competition before the coronavirus crisis struck. Sean Everitt’s decision to appoint World Cup winner Lukhanyo Am as his captain for the 2020 Super Rugby season was a “masterstroke”.

That is the view of former Springbok and Sharks skipper, Gary Teichmann.

The Durbanites, under the new leadership of Everitt and Am, had won six of their seven matches in this year’s competition before the coronavirus crisis saw the tournament suspended. 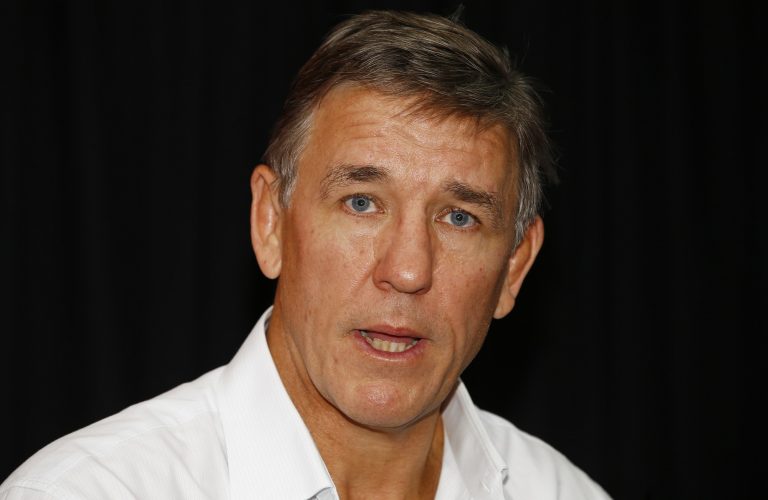 At this stage, there is no indication when, or indeed if, Super Rugby will return this year and that is particularly bad news for the Sharks, who were sitting top of the combined log and looking better than they had in years.

There was, of course, still a lot of rugby to be played before the playoffs, but the Sharks had looked lethal at times with ball in hand, particularly on the counter attack, and Am was central.

“I think Sean has done a great job and his masterstroke was the selection of his captain,” Teichmann said on Friday.

“Lukhanyo gives you everything that you want. He is not necessarily an outspoken captain, but he is a guy that very seldom has a poor game and he just leads by example.

“To me, that was a key decision from Sean.”

The Sharks have shattered the mould this year by unleashing a backline rich in flare with the likes of Am, Aphelele Fassi, Makazole Mapimpi and Curwin Bosch all thriving.

Winning helps, but the cool-headedness that Everitt and Am have approached the season with has filtered down to the rest of the side and it reflected in their fearlessness on attack.

“They have created an environment where they all look relaxed and are happy to try things,” Teichmann added.

“We all know they’re very young.

“Fassi will do something brilliant and then he’ll try run from the back and maybe get caught, but that’s youth. They’re not afraid to change things and I think Sean has brought that to the team.”

Teichmann, who is still working closely with new Sharks CEO Eduard Coetzee since he stepped down from the role last year, acknowledged that it was a “pity” that the 2020 season had been disrupted given how well the Sharks were going.

He remained excited about their future, though.

“Provided they can all stay together, they will just get stronger and stronger. There may be a few positions they want to bolster up, but other than that, they look exciting,” Teichmann said.

“Sean has really had a fantastic start and it’s such a pity that it all came to a halt. They were looking like a really happy side.”

Teichmann, meanwhile, captained the Sharks to the 1996 Super Rugby final, which they lost to the Blues before making the semi-finals in both 1997 and 1998.