Nortje has shown himself to be a player in the same mould as Springbok lock Franco Mostert, who was a key part of the Lions side that dominated local rugby between 2016 and 2018. 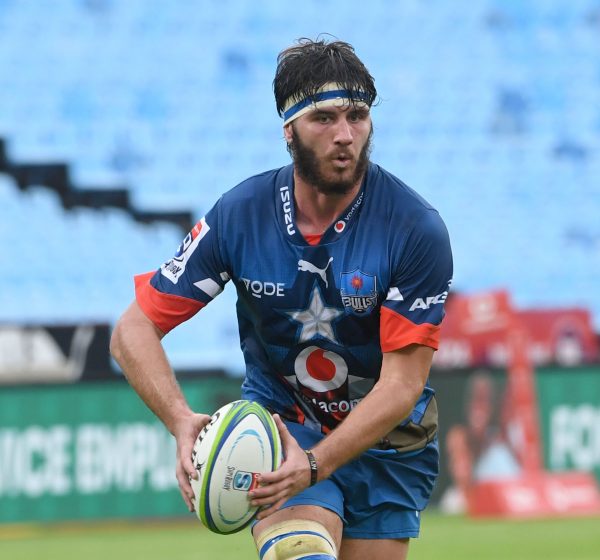 Bulls lock Ruan Nortje is expected to play a key role in their Currie Cup playoff against the Lions next week. Picture: Gallo Images

The ability of Ruan Nortje to tear around the rugby field in indefatigable fashion in the heat of summer has been one of the features of the season, but the Bulls lock said on Thursday he was grateful for the Covid-enforced break his team had to take, even though he is well aware and sad for the heartbreak the virus has caused for many.

The Bulls will certainly be relying on Nortje to bring unrelenting work-rate in their Currie Cup semi-final against the Lions in Pretoria next weekend, and he is confident he will be firing on all cylinders.

The 22-year-old has shown himself to be a player in the same mould as Springbok lock Franco Mostert, who was a key part of the Lions side that dominated local rugby between 2016 and 2018.

“The heat at this time of year definitely gets the better of you sometimes, but thanks to Covid – although I am sad for how much suffering it has caused – I had a really good off time over Christmas with the family, which helped a lot,” Nortje said on Thursday.

“Now I can prepare well and get my energy right for the semi-finals. I’ve been very blessed with natural fitness, or something like that.

“I’m not sure why I play the way I do, it’s just instinct, it’s how I grew up – just play as hard as possible even though I’m not the biggest guy. When I get on the field, I just want to go.

“I’m trying to add a bit more meat to my body and our conditioning coach says I mustn’t run as much on my own so I don’t lose weight, but I still run every now and then when I’m off.”

And Nortje knows that the focus of the Lions challenge will be up front – in the scrums and lineouts.

The Bulls struggled in those departments when they played their Gauteng neighbours last week and were trailing 9-0 after the first quarter. But the pack then stood up and led the Super Rugby Unlocked champions to a 22-15 win and ensured first place on the log and home advantage for the semi-final and final (if they qualify).

“The Lions have a very good scrum and lineout and they will definitely target us in those facets again,” said Nortje, a two-metre, 113kg dynamo.

“So it’s for us to put in the hard work over the next week to counter them. It’s the knockout rounds now so it’s a new game and we’ve put the previous game behind us.

“The Lions are a very good side – they can beat anyone on their day – so we’ve put a bit more focus on our systems and processes.

“To make the Currie Cup final would mean the world to me. As a little boy, we didn’t have DSTV, so we would go to my grandfather for prime time and watch the Bulls and every final.

“It was such a special time and I would kick the water bottle around in the garden. I guess I was imagining myself more as a flyhalf back then, kicking the winning penalty goal.”