While full of praise for what Jake White has done with the Pretoria-based team, the former Northerns flyhalf believes neither the Bulls nor the Sharks have the edge going into the final. 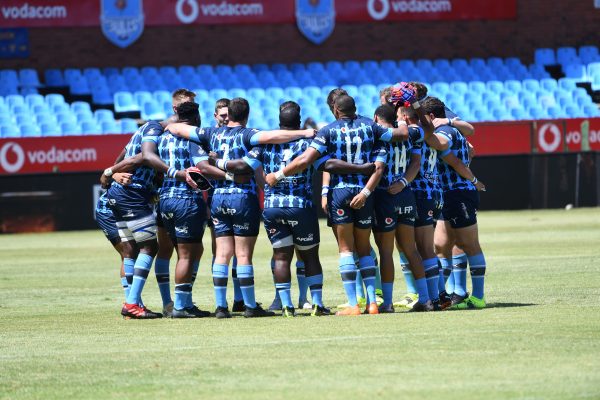 The Bulls may be at home at Loftus Versfeld, but because they won't have their fanatical fans cheering them on in the Currie Cup final against the Sharks, the playing field has been levelled, according to former Bulls star Naas Botha. Picture: Getty Images

Despite the Loftus factor, the Bulls shouldn’t be viewed as the clear-cut favourites in Saturday’s Currie Cup final against the Sharks, former Springbok flyhalf and Bulls captain Naas Botha believes.

Botha, who was on the losing side in just two of 11 finals, believed the situation around the coronavirus pandemic had ensured that the game will be finely balanced.

“We have seen how the favourites have lost in the past, like what happened to us in 1990 against Natal at Loftus, after we trashed them (28-6) just before the final,” Botha told The Citizen.

“So it’s all about execution and delivering on the day,” he said.

ALSO READ: LOOKING BACK: Is home ground a real advantage in the Currie Cup final?

Botha, who has been residing in Bloemfontein the last two years and said he is “loving every minute of it”, still holds the record for the top points scorer in the Currie Cup with 1 699 points.

“I think because of Covid and the fact no fans are allowed into the stadium, we can’t really talk about home ground advantage anymore… it’s pretty much leveled the playing field,” said Botha.

“Furthermore, I think the Sharks did superbly to beat Western Province away from home at Newlands, which is still one of the toughest places to go to and play,” he said.

The likely wet weather could also play a big role, according to Botha, who scored all the points for Northerns in soaking conditions at Ellis Park in the triumphant 1987 final against Transvaal.

“In wet weather, with the ball as slippery as a bar of soap, handling becomes so much more difficult. It will increase the pressure on the contestable kicking game and the territorial game will thus also be crucial,” he said.

Botha however conceded the Bulls had turned their fortunes around and had restored the pride in the Bulls jersey under coach Jake White.

“Jake has done a wonderful job to turn the team around and make them believe in themselves again,” he said. “They are also unbeaten at Loftus under Jake which counts for something,” he said.

Botha, however, added the rivalry in the Currie Cup competition had been good to see, especially with the teams having to deal with the daily challenges of Covid-19 and no crowds allowed in to cheer them on.

“I think any one of the top five teams in the country could have been there at the end. I also think a team like the Lions can count themselves unlucky after they had two games in the Super Rugby Unlocked series cancelled,” said Botha.

Lionel Cronje out, Ruan Pienaar in as Sharks head to Europe
5 days ago
5 days ago

Lionel Cronje out, Ruan Pienaar in as Sharks head to Europe
5 days ago
5 days ago