SA ‘A’ team stunned by Bulls in warm-up clash

The SA A team showed a worrying lack of forward dominance and the backline was also not particularly clinical. 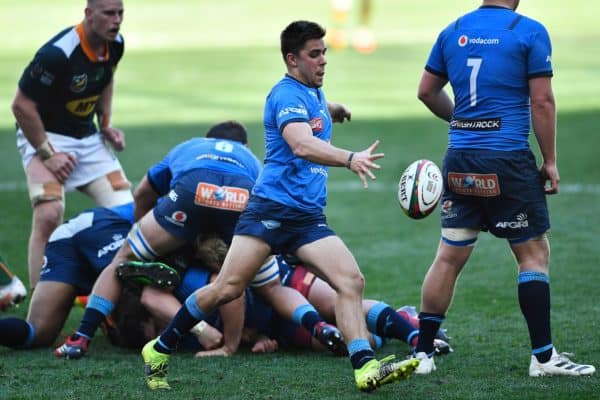 A young Bulls side upstaged the SA A team by beating them 17-14 in Cape Town on Saturday in the Springbok squad’s final preparation for the British and Irish Lions series, with the national squad putting in a performance that would have rapidly aged coach Jacques Nienaber.

SA A led 14-0 at half-time through two tries against the run of play, but the second half was a tedious affair until the 66th minute when flyhalf Johan Goosen sparked a sensational Bulls comeback.

The first try came after a superb break from a midfield ruck by Goosen, who then passed inside for impressive replacement scrumhalf Keegan Johannes to score.

Just a minute later, Goosen, who last played for the Springboks five years ago, took on the defensive line on his own 22-metre line and his neat offload to Muller Uys saw the flank burst clear. Uys then went wide to fullback FC du Plessis, whose excellent kick infield found hooker Johan Grobbelaar up in support and he gathered and scored.

Goosen converted both tries before leaving the field, replaced by Chris Smith. With five minutes remaining, it was Smith who kicked a brilliant penalty from the halfway line to seal a win for the ages for the Bulls.

SA A bashed away at the Bulls line in the closing stages, but Smith and Nizaam Carr held up prop Vincent Koch over the line.

The SA A side spent most of the first half defending in their own half, but they did manage to break the chains twice, leading to tries in the 12th and 38th minutes.

First scrumhalf Cobus Reinach, probably the best player in the SA A team on the day, ran from a ruck, slipped through the defensive line, and then found fullback Aphelele Fassi running a good supporting line to score the try.

The second try came after a lovely kick into the corner by Fassi put SA A on attack. Prop Thomas du Toit was stopped just short of the line, but Wandisile Simelane was able to dive over an open tryline to score.

Simelane had earlier been yellow-carded for being miles offsides five metres from his line as SA A conceded a string of penalties. But the Bulls were unable to capitalise on several first-half opportunities due to a lack of composure with the ball. They also conceded several turnovers.

The SA A side just never had a decent platform, however, as the young Bulls pack stepped up superbly. Their lineouts were especially poor.

The only players to have advanced their Springbok cause were Reinach, eighthman Kwagga Smith and Fassi, while Elton Jantjies had a solid game at flyhalf.

But it is now clear that a couple of injuries to key Springbok personnel will make them vulnerable against the British and Irish Lions.