Springboks eager for ‘normal life’ as they head to Australia

The Boks will not need to stay in a bubble in Queensland, after they leave quarantine, and there will be spectators at all the matches. 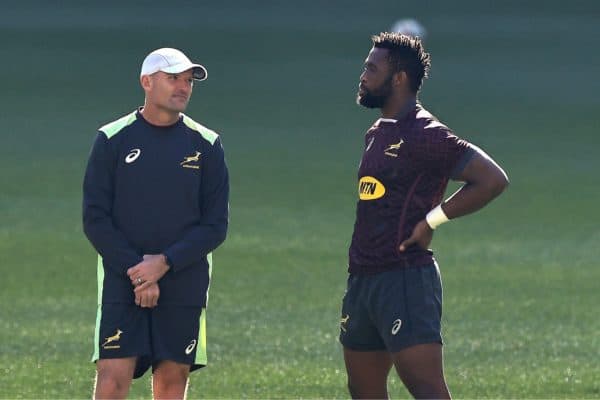 The All Blacks have agreed to base themselves in Queensland in order for the Rugby Championship to be completed, which means the historic 100th meeting between them and their arch-rivals the Springboks will take place in the unlikely venue of Townsville, in the northern reaches of the state and deep in the tropics.

The Springboks will leave for Australia on Thursday and will have to quarantine for two weeks, but they will have the benefit of being able to return to normal life thereafter, not needing to stay in a bubble.

They can still train while in quarantine, ahead of their next match against Australia on September 12 on the Gold Coast.

But it is their clash with the All Blacks on September 25 in Townsville that will capture the imagination, even though it is effectively being played as a curtain-raiser to the Australia versus Argentina match that follows.

“The two-week quarantine period means we will be on tour for just under six weeks, but we are looking forward to experiencing normal life after a year-and-a-half of living under several forms of adjusted Covid-19 restrictions in South Africa,” Springbok coach Jacques Nienaber said on Tuesday.

“This will certainly assist in ensuring that the players are fresh mentally when they take the field, which is essential for them to peak in form.

“We are pleased that the Rugby Championship schedule has been finalised and we are looking forward to continuing our campaign in Australia.

“We can now continue our planning to ensure that the players are ready for the next four matches from a physical and mental point of view.”

For all the bluster about how boring Springbok rugby is and how they are unworthy world champions despite beating the British and Irish Lions recently, the Kiwis are now going to have to put up or shut up on September 25 and then again on October 2 in what, on current form, should be the Rugby Championship decider.

Apart from the Springboks not needing to stay in a bubble after their quarantine, the other good news is that there will be spectators at all the matches, and given the level of aggression between Australian and New Zealand rugby at the moment, the local crowds could well be supporting the Springboks in their matches against the All Blacks.

Australia and New Zealand get the chance to sort out some of their issues on the field when they meet in Perth, probably next weekend.