Vermeulen, De Klerk back for Boks; Kolbe out of Wallabies Test

There are several changes to the side that played back-to-back Tests against Argentina. 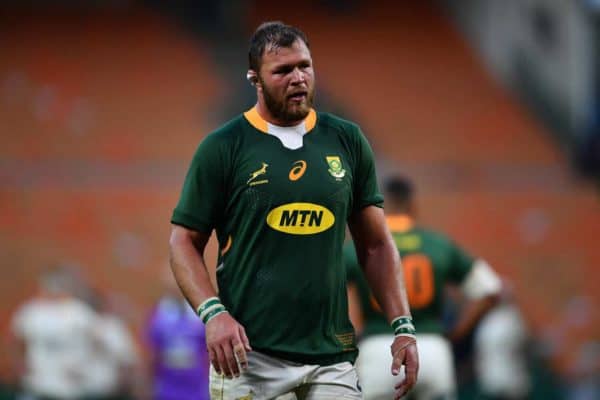 Duane Vermeulen is back in the Springbok team for the first time since the Rugby World Cup final. Picture: Ashley Vlotman/Gallo Images

Duane Vermeulen will make his first appearance for the Springboks since the 2019 Rugby World Cup final when South Africa resume their Rugby Championship campaign on Sunday against Australia at the CBUS Super Stadium in Gold Coast.

The experienced No 8 – who joined the Springbok squad at the start of the Lions Series in August but has yet to play a match – has recovered fully from the ankle surgery he had earlier this year and headlines the return of a handful of injured players for the important encounter.

Scrumhalves Faf de Klerk (leg strain) and Herschel Jantjies (hip pointer), and flank Marco van Staden (ankle) are also back from injury as Springbok coach Jacques Nienaber made 13 changes to his matchday squad for the match – seven in the starting lineup and six on the replacements bench.

Five of the changes to the starting team that defeated Argentina 29-10 in the second round of the Rugby Championship in Nelson Mandela Bay were among the forwards.

Vermeulen takes over from Jasper Wiese at the back of the scrum, and Eben Etzebeth comes in for Marvin Orie at lock, while a new front row of Steven Kitshoff, Frans Malherbe (both props) and Bongi Mbonambi (hooker) will be in action.

The two changes in the backline are on the right wing, where Sbu Nkosi replaces Cheslin Kolbe who took a knock to the leg at training, and scrumhalf, where De Klerk returns for the first time since the second Test against the British & Irish Lions in place of Cobus Reinach.