EXPLAINER: The United Rugby Championship – All you need to know

The new competition, with 16 teams involved and including four South African sides, kicks off this weekend. 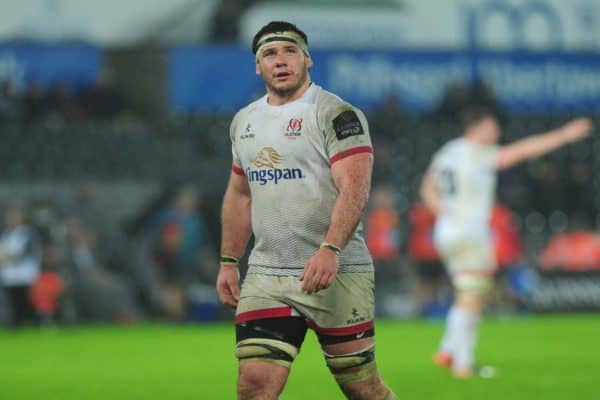 Marcell Coetzee, in the colours of Ulster, will be the Bulls' captain during the new-look United Rugby Championship. Picture: Athena Pictures/Getty Images

The 2021/22 United Rugby Championship season gets underway this weekend, with the first round of fixtures. It will be South African rugby’s next chapter in European competition after the Cheetahs and Kings earlier played in ProRugby.

On this occasion, the Bulls, Lions, Sharks and Stormers have swapped Super Rugby for URC rugby, but what exactly is this new-look competition?

Here is everything you need to know.

What is the URC?

It will be the 21st staging of the newly named competition, formerly known as the Celtic League, which became the Pro 12 and then the Pro14 – when the Cheetahs and Kings joined a few years ago.

The Cheetahs and Kings have been removed from the new competition and the Bulls, Lions, Sharks and Stormers from South Africa have joined.

The other teams are from Italy (two), Ireland (four), Scotland (two) and Wales (four).

Who are the teams?

There are 16 teams in total. From South Africa will be the Bulls, Lions, Sharks and Stormers.

The Italian teams are Zebre and Benneton Treviso (who beat the Bulls in the Rainbow Cup final), the Scottish teams are Glasgow Warriors and Edinburgh, while Wales will be represented by Scarlets, Ospreys, Dragons and Cardiff.

What is the format?

Teams will be sorted into four regional pools, with one points table.

Teams will play each of the other teams in their pool twice (home and away) and each team from the other pools once (either home or away). This will create an 18-match regular season before the playoffs.

The top eight teams will contest the playoffs and will consist of a straight knock-out. The final will take place at a pre-arranged venue.

When will the competition be held?

The newly named United Rugby Championship kicks off this weekend, with matches to be played on Friday, Saturday and Sunday. The competition will thus run from 24 September to 25 June 2022.

This weekend sees the Lions being the first South Africans in action when they take on Zebre on Friday, while on Saturday, the Stormers face Benetton, the Bulls play Leinster and the Sharks face Munster.

Leinster are the most successful ProRugby (URC) team, with eight titles over the years. They have also been runners-up on five occasions; that is 13 final appearances in the 20 seasons so far.

The Ospreys from Wales have four titles, while Munster have three wins and the Scarlets two. Ulster, Glasgow Warriors and Connacht have a title each.