There's plenty to play for following the SA teams' showing against the British and Irish Lions and the Bulls' defeat in the Rainbow Cup final. 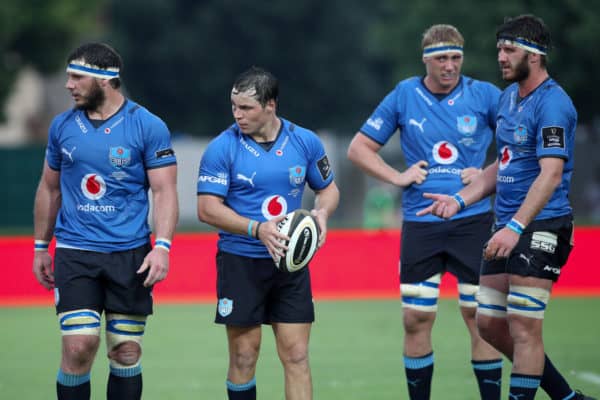 Chris Smith of Bulls looks dejected during the Guinness PRO14 Rainbow Cup final against Benetton earlier this year. The Bulls and three other South African teams now have a chance to show what they're made of when they enter the United Rugby Championship from this weekend. Picture: Roberto Bregani/Gallo Images

The defeat the Bulls suffered in the Rainbow Cup final coupled with the big wins scored by the British and Irish Lions in their tour matches will motivate the South African teams to go on a quest for national redemption in this weekend’s opening round of the inaugural United Rugby Championship.

The Lions will kick off the South African participation in the European competition, which started out as the Celtic League before morphing into the PRO12 and then PRO14, when they visit Parma to face one of the two Italian teams, Zebre, on Friday night.

The Italy record in the Six Nations might have prompted an air of complacency when the Bulls played the other Italian team, Benetton, in the Rainbow Cup final, but that game in Treviso would have caused a rethink and sent out a timely wake-up call to the realities of rugby in Europe.

ALSO READ: Bulls eager to prove their worth as they head back to Europe

The Bulls, who have won every local trophy that they have competed for since the return from the coronavirus lockdown last September, started the Rainbow Cup decider, which featured the southern section (South African) winner against the northern (European) winner, as overwhelming favourites. At least in local minds.

But instead of the Bulls underlining the strength of the South African game, they were just not at the races as they slid to a devastating 35-8 defeat that has left questions about the strength of regional/provincial rugby in the World Cup champion nation hanging in the air.

And those question marks were indented with even heavier ink when the Lions, Sharks and Stormers were all beaten by what could be described as cricket scores in their games against the Lions tourists in July.

The Bulls, who registered a second successive Currie Cup title less than two weeks ago and did so in style, will get a chance to prove that Treviso was an aberration when they play the plum fixture of the weekend against Leinster in Dublin on Saturday.

The competition could not have asked for a more interesting start, with Leinster coming in as reigning PRO14 champions, a trophy that they hogged for the last four seasons that the competition was played under that name.

Leinster have also been multiple European champions, with their most recent success having been their victory over the French club, Racing 92, in the 2017/2018 final in Bilboa, Spain.

In all, Leinster have won four European titles, spanning the Champions Cup and before that the Heineken Cup era, and will be a great marker for the Bulls of how challenging their quest for international silverware is going to be. It is a rare thing for Leinster to lose in Dublin, where they face the Bulls at will be a 75% full Aviva Stadium, so if the Bulls do win they could already feel they’ve redeemed themselves after the nightmare of Treviso.

The Sharks and Stormers also have tough openings to their respective four match tours of Europe, with the Sharks meeting last year’s beaten PRO14 finalists and consistent contenders, Munster, at Thomond Park, in the late game on Saturday.

And in the early game, the Stormers will be trying to do what the Bulls failed to do when they visit Treviso to play a Benetton team that might have experienced a growth spurt courtesy of their first ever major trophy win.