Lions coach: ‘Scrumming against different players in URC is lekker’

After months of playing against the South African teams, the Lions now get to face international stars on a weekly basis. 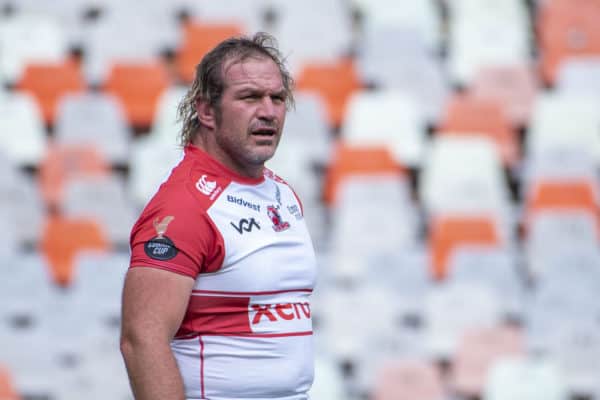 Will veteran prop Jannie du Plessis get another chance for the Lions in the URC game against Ulster this weekend? Picture: Frikkie Kapp/Gallo Images

The Lions are relishing the opportunity to test their much vaunted pack against the might of Ulster in their United Rugby Championship clash in Ireland on Friday night.

It has been a mixed start to the competition for the Lions with a bonus point win over Zebre, followed by a big loss against Scarlets and then a tight loss against Glasgow Warriors in their last outing.

However the one aspect of the team that has fired on all cylinders during those three matches is their impressive pack that has dominated in all three games and they will be excited to take on the challenge of the well respected Ulster front row.

“We are looking for good challenges because that is the only way we are going to improve, playing against good packs and good individuals, so we are looking forward to the challenge this weekend,” said Lions scrum coach Julian Redelinghuys.

“It is going to be a lekker opposition to test ourselves against, but I truly back our pack and the collective and that is the important part for me.”

The Lions used the same front row in their opening two matches with Ruan Dreyer, Jaco Visagie and Carlu Sadie fronting up, before they showed against the Warriors that a change in props, with Sti Sithole and Jannie du Plessis stepping in that they could still dominate with another powerful showing.

So whoever lines up on Friday night against Ulster will be gunning to impress against what is expected to be the starting front three of Andrew Warwick, Rob Herring and Tom O’Toole who boast an immense 300 Ulster caps between them.

“I had a look at Ulster’s last game and against Zebre and they scrummed for about seven minutes, they kept going for the scrum so it is dependent on their strengths and how they back themselves in that specific facet,” admitted Redelinghuys.

“Because now you play against international guys which is invaluable for these guys to scrum against different guys, different packs and different individuals, so I think that is the lekker part of this URC which is really exciting for us.”

A blow to the Lions tight five however sees on-loan lock Pieter Janse van Vuuren return to SA with an injury, having impressed in the three games he has played so far and he will most likely be replaced by Reinhard Nothnagel who has played off the bench in all three matches so far.