Everitt hopes he’s ‘got the balance right’ for Cardiff clash

"We’ve used 33 out of the 34 players with us here without weakening the team." 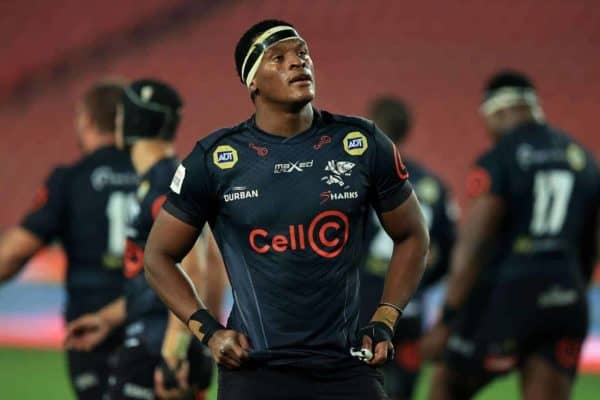 Phepssi Buthelezi is back in the Sharks team for the match against the Cardiff Blues after sitting out last week. Picture: Getty Images

Keeping an expanded squad keen with regular game-time and still ensuring success on the field is a balancing act Sharks coach Sean Everitt has mostly succeeded with during his tenure as coach.

And on Thursday he named another eight changes to his squad for Saturday’s United Rugby Championship match against the Cardiff Blues at the Arms Park.

It is the last fixture in what has been a long and daunting first foray into Europe, with injuries to wings Yaw Penxe and Thaakir Abrahams, and the return home of scrumhalf Sanele Nohamba due to a family bereavement, complicating matters.

But a strong starting line-up has still been named, and the likes of prop Wiehahn Herbst, lock Reniel Hugo and scrumhalf Tian Meyer will get some opportunity off the bench.

“On a four-week tour it’s important to give as many guys as possible an opportunity,” Everitt said on Thursday. “We’ve used 33 out of the 34 players with us here without weakening the team. But it’s important to get the balance right.

“You need to be strategic in mixing it up, for example when Boeta Chamberlain started at flyhalf we paired him with Ruan Pienaar, so he had experience around him.

“It has certainly kept the players motivated and I am quite comfortable that they can all cope at this level. So there are a couple of rotational changes this week with captain Phepsi Buthelezi having rested last week.

“There are also a couple of injuries and unfortunately Thaakir has a significant injury. He has gone to have scans at home and will have to see a surgeon.”

Centre Rynhardt Jonker is the unfortunate lone player who has not seen any action on tour, but at 21-years-old, just travelling and training with the team would have been a great experience and his time will come.