Whitelock to captain All Blacks on tour of US and Europe

New Zealand will open their tour against the US Eagles in Washington this weekend. 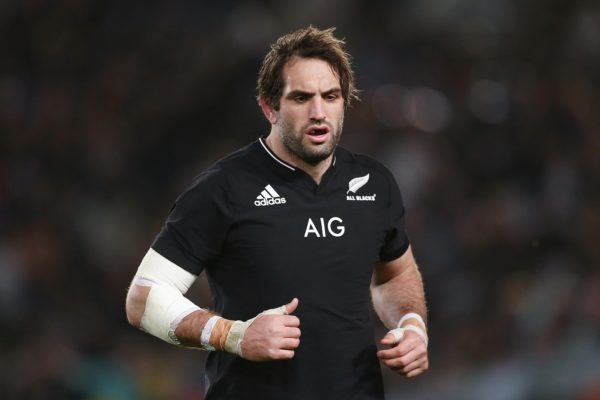 Sam Whitelock is back to lead the All Blacks on a five-match tour. Picture: Getty Images

All Blacks forwards coach John Plumtree said the 33-year-old Whitelock would lead the team for the duration of the tour, which gets underway against the United States in Washington on Saturday.

Whitelock missed the last five All Blacks Test matches, all staged in Australia, after remaining in New Zealand for the birth of his third child.

Savea skippered the Kiwis to victory in the Rugby Championship, standing in for long-term captain Sam Cane, who is working his way back from injury.

Although Cane has returned to the New Zealand squad for the northern hemisphere tour, Plumtree said the back rower was being given more time to concentrate on his form and fitness.

“Sam Whitelock will be taking over the captaincy from Ardie,” Plumtree told reporters on a video call.

“Ardie’s been recognized for the great job that he did in Australia — winning the Rugby Championship was fantastic.

“But it’s also great to have Sam (Whitelock) come in with his experience. Obviously he couldn’t make the tour to Australia. We think it’s good for the team now that he takes over.”

Asked about Cane’s captaincy status, Plumtree added: “We feel that Sam (Cane) just needs to focus on his game, he’s been out for a long time. The added burden of captaincy wouldn’t be a good thing for his game right now.”

“He’s been named as Ian Foster’s captain and nothing has changed in that space, just a massive injury to his shoulder,” Plumtree said.

The All Blacks’ arrival in the United States coincided with the news that rising New Zealand star Sean Wainui had died in a car crash on Monday.

Plumtree said the All Blacks players had held an informal remembrance for Wainui at the team’s hotel.

“The passing of Sean Wainui has been very hard on the team,” Plumtree said. “Hit us pretty hard.

“The Chiefs boys organized a little drink last night in the team room for anyone who wanted to join in remembrance of him, and everyone came and shared some stories.

“There were some really beautiful moments. A pretty tough start to the week.”