Kolisi: Boks ready to right the wrongs of the past against Wales

"Both teams have their international players available so it’s going to be a tough game." 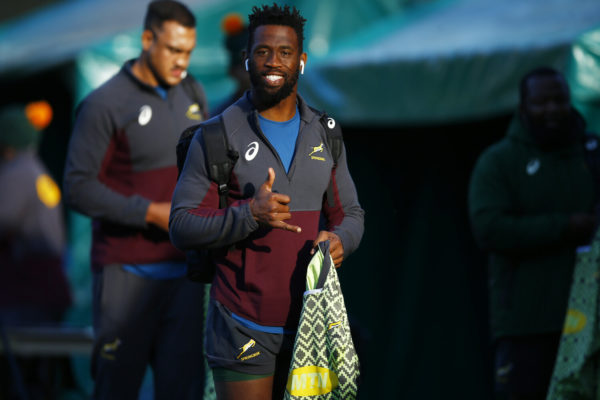 Captain Siya Kolisi arrives at a training session this week ahead of Saturday's Test against Wales in Cardiff. Picture: Steve Haag/Gallo Images

The Springboks are ready to right the wrongs of the past when they take on Wales in their first match of their end-of-year UK tour at the Principality Stadium in Cardiff on Saturday evening (kickoff 7:30pm).

The Springboks have struggled against Wales in recent times, losing five of their last seven games with four of them in Cardiff, while both their wins came in knockout games at the World Cup.

Bok captain Siya Kolisi is acutely aware of his side’s failings against Wales in the UK and believes that they are ready to turn those fortunes around this weekend.

“We know where we have gone wrong (in the past). There were games where we were easily beaten and they outsmarted us in everything, but now we have everybody here,” said Kolisi, referring to the Bok squad which, barring a few missing injured men, is close to being at full-strength.

“We always play them at the end of the year (when several players are often rested) but now we have a full strength team. Both teams have their international players available so it’s going to be a tough game, but we know what we need to bring.

“I believe we have worked as hard as we can to give ourselves a fair chance this coming weekend.”

It has so far been a mixed bag this year for the Boks, winning the British and Lions series before going on to finish third in the Rugby Championship, however they ended a poor showing Down Under in style with a confidence boosting win over the All Blacks in their last game.

The team’s full focus is now on Wales, before they look to finish the year well against Scotland and England.

“It has been a year of ups and downs, but we take confidence from our last game,” admitted Kolisi.

“We know this is a different challenge we are coming up against. It has been six years since we last won here, but we are building. We are really focussed on this game against Wales because they need all our attention since we have lost here so many times.

“We are taking it game by game but we want to build momentum as a team. We want to finish the year strongly, so it is an important tour but this game is the most important before we look ahead.”