Van Rooyen delighted after Lions return to action in style

One of the most impressive aspects of the game for the Lions was their effort on defence. 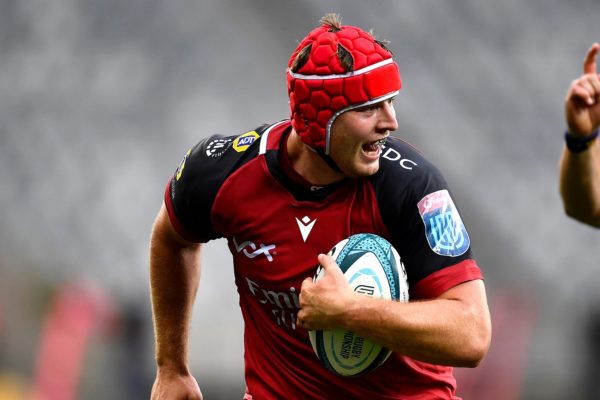 Francke Horn on his way to scoring a try for the Lions against the Stormers. Picture: Gallo Images

It was predictably a bit of a scrappy affair, with a number of mistakes and handling errors from both teams in their first game since mid-October, but the Lions emerged victorious over the Stormers on Saturday after the visitors claimed a comfortable 37-19 win in their United Rugby Championship match.

There were five yellow cards handed out on the night – three to the Lions and two to the Stormers – as both sides found themselves on the wrong side of the whistle at times.

However, it was the Lions who adapted best while also making the most of the chances that they got to claim what was seen by most as an upset win, after the Stormers were viewed as favourites going into their home game in Cape Town.

“I think there were a number of forced and unforced errors both ways, for both teams, but I really thought our defence was good and physical.

“We are obviously delighted to come away with the win. I am really proud of the guys, the character, the fight, the willingness to put their bodies on the line, and given that we haven’t played in seven weeks, I think it was a decent showing.”

One of the most impressive aspects of the game for the Lions was their effort on defence, making a high number of tackles while missing very few, which put massive pressure on the Stormers attack.

The visitors also turned one of the home side’s greatest threats into their own, with an almost seamless shift between attack and defence throughout the match, making great use of loose or turnover ball.

“I think that is one of the biggest threats of the Stormers, so it was quite a big focus point for us this week… whenever there was turnover ball to either kill their attack or use it in our favour, and those 50/50s went our way this time,” Van Rooyen said.

“But I was also happy with our mental toughness. At the end of the tryline it showed the character of where we are currently… so I am really proud of the boys.”