The headlining battle is set to be between number eights Evan Roos and Elrigh Louw, with both youngsters punted as future Boks. 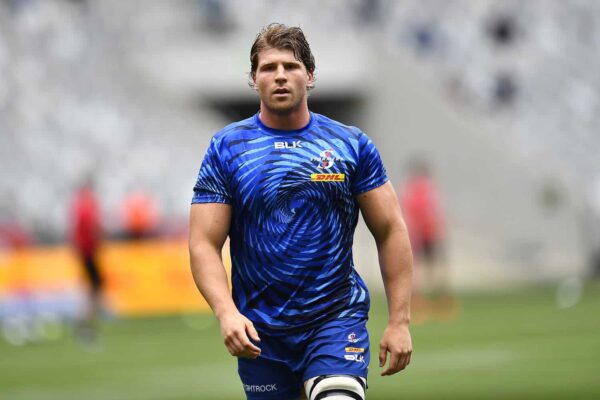 Stormers loose forward Evan Roos will be a key man for his team in the URC match against the Bulls. Picture: Ashley Vlotman / Gallo Images

Massive battles are set to be waged across the park during Saturday’s United Rugby Championship North/South derby between the Stormers and Bulls at the Cape Town Stadium (kick-off 2pm).

As the country’s top two sides head into battle with conference honours and possible home play-off positions on the line, it is set to be a thrilling encounter that could become one of the best games of the tournament.

The headlining battle on the field is set to be between number eights Evan Roos and Elrigh Louw, with both youngsters punted as future Boks and possible replacements for Duane Vermeulen when he hangs up his boots.

However a number of other exciting battles are on the cards, which will play a big part in how the match turns out.

The hooking battle is set to be one to watch with the Stormers throwing Scarra Ntubeni straight back into the mix having recovered from injury and he will have to front up against in-form rising talent Johan Grobbelaar.

In the line outs Ruan Nortje will be looking to tame Marvin Orie, while in the loose Deon Fourie and Hacjivah Dayimani are set to have their hands full dealing with Marcell Coetzee and Cyle Brink.

The flyhalf battle will be a telling one, with Stormers pivot Manie Libbok and Bulls outside half Chris Smith both in fantastic form and they will be looking to dictate play.

On the wing Bok hopefuls Madosh Tambwe and Seabelo Senatla are set to go head to head, and both will be eager to impress in the high profile match.

Finally at the back, recent URC player of the month Kurt-Lee Arendse will be keen to prove his worth against Bok utility back Damian Willemse in what should be an entertaining match-up.

Where the Stormers do undoubtedly have the upper hand is the bench battle, with some powerful replacements that could make a massive difference in the second half.

Although the Bulls have the experience of Morne Steyn to call upon, the Stormers have Bok prop Frans Malherbe who will be champing at the bit to get stuck in and the mercurial Warrick Gelant who could once again be a match winner on the day.