Lions brace for ‘intense’ battle against Benetton in URC clash

The Lions will be keen to give departing captain Burger Odendaal the perfect send-off in his final match at Ellis Park. 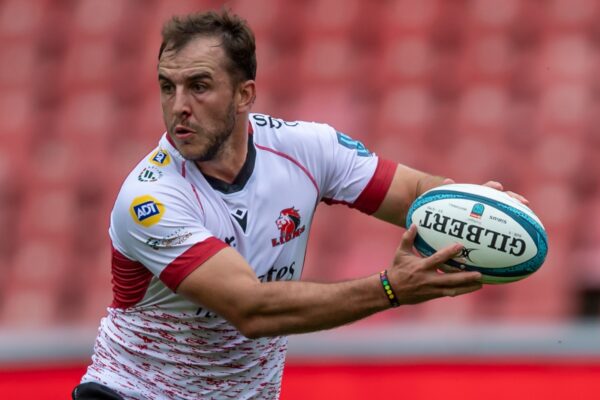 Burger Odendaal will play his final home match for the Lions against Benetton. Picture: Gallo Images

The Lions are expecting a “different challenge” when they take on Benetton in their United Rugby Championship match at Ellis Park on Saturday.

After being edged in a 33-30 defeat to Connacht, in their first loss against overseas opposition at home in the competition, they will be eager to bounce back against the Italian visitors.

Benetton, however, will have been on the Highveld for more than two weeks by the time they run on the field against the Lions, having faced the Bulls this past weekend, and having a number of South Africans in their ranks means they will be well prepared.

“We managed to catch the first half of the Bulls vs Benetton game. I think they played with great intensity. We know they are a team that’s physical in the collision,” said Lions coach Ivan van Rooyen.

“They are also a team that has a fair bit of South Africans in it, so being on the Highveld isn’t new to them. Their 10, 15, 4, 5 are all South Africans that have played here before, so they will be prepared in terms of that.

“The physical adaptation will also have happened by the weekend, so it is a different challenge for us and if we can minimise our errors and start off well against them I think we can get a positive result.”

The Lions will also be keen to give their departing captain Burger Odendaal the perfect send-off, with this being his final match at Ellis Park before he joins Wasps at the end of the URC campaign.

Odendaal has become a popular figure at the union since joining in 2020 and will be a big loss for the Lions going forward.

In last week’s loss against Connacht it was the Lions’ error count that ended up costing them, which they will need to improve upon against Benetton.

“I think it’s small things that we need to fix once again. I felt the first two tries were just from errors that we made – they were easy tries for them – so we just have to start off better (against Benetton) and stop the errors,” explained Odendaal.

Following this weekend’s match, the Lions have a three-week break before they play their final match of their maiden URC campaign against Dragons in Wales in late May.