The Lions will be aiming to get back to winning ways after losing their last two URC games. 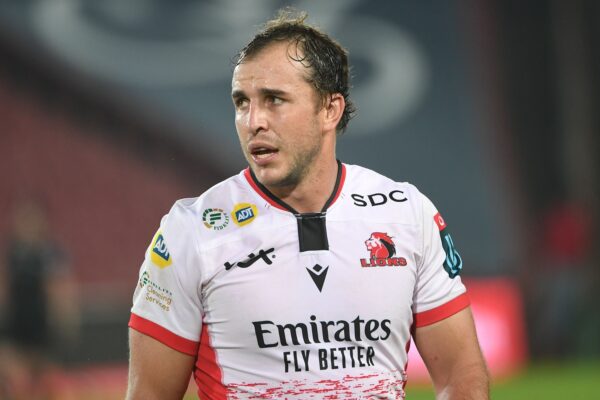 Inspirational Lions captain Burger Odendaal isn’t attaching any extra emotions to his final home appearance for the union as they welcome Benetton to Ellis Park for their United Rugby Championship encounter on Saturday afternoon (kick-off at 2pm).

Odendaal will be joining up with English club Wasps at the conclusion of the Lions’ URC campaign, so he has two matches left for the union and will be looking to end off with a bang.

“I’m not putting too much emotion in it. It’s just the old cliché, play as if it’s your last game. So I am hoping that I can put up another good performance this week,” the skipper said.

Despite not being in the running for the playoffs, the Lions will be aiming to get back to winning ways after losing their last two games.

Their impressive four-match winning run against overseas opposition was ended by the Sharks earlier this month, followed by their loss at home against Connacht last week in a match the Lions should probably have won.

Slow starts played big parts in both those defeats and the Lions will be eager to fix that against Benetton and make sure they get off to a much better start.

“Both against the Sharks and Connacht we had a yellow card and conceded 14 points in the first 10 minutes, so I think if we can sort that first 10 minutes out, that in itself will make a significant difference,” said Lions coach Ivan van Rooyen.

“It is important for us to put on a good performance and a good show for our fans this weekend, and for Burger and the team’s last match at home, so I am really looking forward to the game.”

ALSO READ: Out of playoff contention, Lions shift focus to next URC season

It has been a tough season for Benetton, who are sitting a place below the Lions at 13th on the table, and they will be eager to break a poor run of form this weekend.

All four of the wins that Benetton picked up in the competition came before the new year, having been handed one draw and six losses in a row in 2022, and they will be keen to arrest that slide against the Lions.

“Every foreign coach we have spoken to rate Benetton as one of the most physical teams in the competition and they have a high number of South Africans in their side, so they know what to expect,” Van Rooyen said.

“They have a good kicking game and x-factor all over the show, so they are the kind of team that can create something and score from anywhere. They showed that in the first half against the Bulls last week.

“They like to play a good offload game, so there are threats all over the park, and if they can get momentum they will be very dangerous. So it’s important for us to focus on our process and defence.”