'The Stormers have won a few shields, I should know, but they mean nothing'. 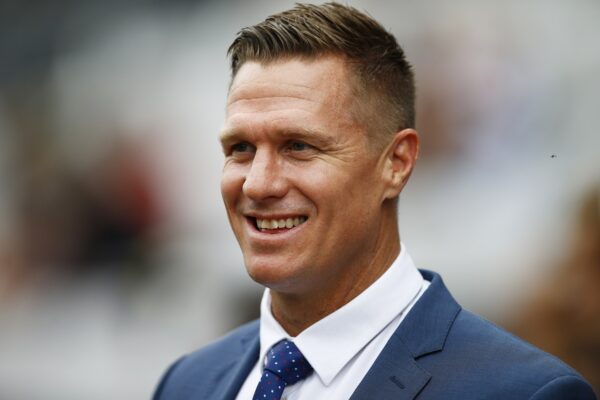 Jean de Villiers is happy with the way the Stormers are playing. Picture: Steve Haag/Gallo Images

Winning competitions is your measure of success and the South African Shield is just a “nice-to-have”, former Stormers great Jean de Villiers said ahead of their United Rugby Championship quarterfinal against Edinburgh in Cape Town on Saturday.

While the Stormers finished second on the overall URC log and were the top South African team, they have a history of playoff disappointments in Super Rugby to overcome. In 10 Super Rugby playoffs, they only won one – winning the 2010 semifinal against the NSW Waratahs at Newlands. They then lost the final away to the Bulls.

“The Stormers have won a few shields, I should know, but they mean nothing, apart from being a nice-to-have,” De Villiers said. “It’s very important for the team to go all the way.

“Winning tournaments is your measure of success, even though I’m sure the supporters are pleased that results have been so good on the field with so much bad stuff happening off it.

“I’m really enjoying their more freer approach on the field and I like Damian Willemse at 12. It’s a new position for him, but I think it’s probably his best at this stage, it brings a better balance to the Stormers game,” De Villiers, who started 95 of his 109 Tests for the Springboks at centre, said.

While it would appear on face value that Edinburgh’s best chance of victory will be to turn the quarterfinal into a tight, tactical battle, De Villiers said one should never ever underestimate the Scottish champions’ ability to play dazzling rugby as well.

“Edinburgh can be very dangerous as well with ball-in-hand. Blake Kinghorn at flyhalf has brought a different dimension and he can vary his play. They have a strong South African contingent as well.

“But you don’t ever look only at your opposition, the Stormers will be focused on getting their approach right. If they execute their attacking game well, then I believe they are the better team at that type of rugby.

“When it comes to finals rugby, you sometimes are tempted to change your approach, but the Stormers should stick to what has worked, but maybe just be a bit more conservative, add some management to their game.

“Manie Libbok and Herschel Jantjies always look at running options first, but maybe on Saturday they should first look for space at the back too and kick when they’re in their own half,” De Villiers said.